The 23-year-old was airlifted from Lucknow's SMC Government Hospital to Delhi for treatment at Safdarjung Hospital. 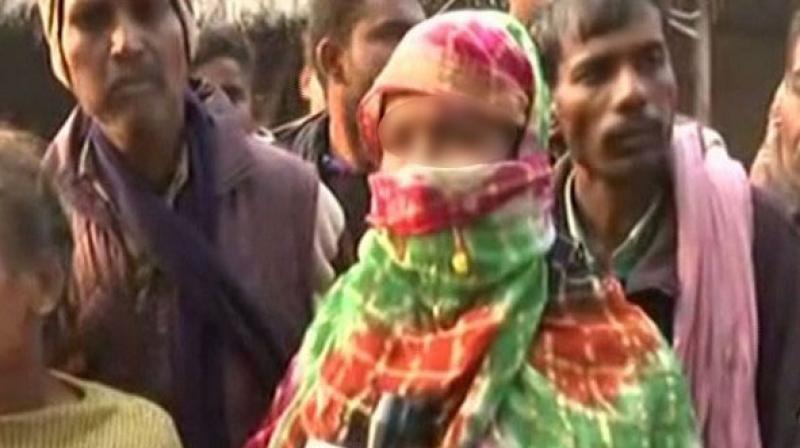 The sister of Unnao rape victim on Sunday demanded that Uttar Pradesh Chief Minister Yogi Adityanath should visit them and give an immediate decision. (Photo: File)

Unnao: The sister of Unnao rape victim on Sunday demanded that Uttar Pradesh Chief Minister Yogi Adityanath should visit them and give an immediate decision.

"We demand that Yogi sir should visit us and give an immediate decision. I also demand that I should be given a government job," she said while speaking to ANI.

The mortal remains of Unnao rape victim were brought to her village here on Saturday.

After battling for life at Delhi's Safdarjung hospital, the Unnao rape victim, who was set ablaze while on her way to a court hearing on Thursday morning, died at 11:40 pm on Friday.

The 23-year-old was airlifted from Lucknow's SMC Government Hospital to Delhi for treatment at Safdarjung Hospital.

According to the police, the five accused had allegedly thrown kerosene on the woman and set her ablaze when she was on her way to a local court for the hearing of the case she had filed in March.