The Editors’ Guild Of India sought government intervention for withdrawal of the case. 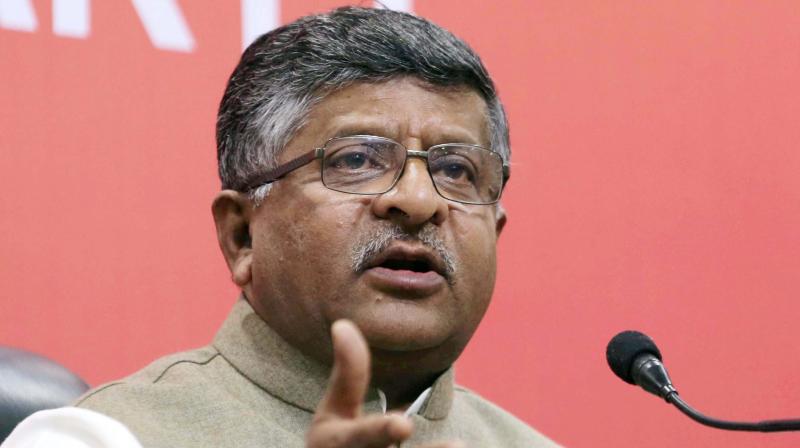 New Delhi: After severe criticism of government action against a newspaper report on alleged Aadhaar data breach, Union information technology minister Ravi Shankar Prasad on Monday said the government was committed to freedom of the press and the FIR was filed against “unknown” entities.

“The government is fully committed to freedom of press as well as to maintaining security and sanctity of Aadhaar for India’s development. FIR is against unknown,” Mr Prasad said on Twitter.

“I’ve suggested UIDAI to request The Tribune and its journalist to give all assistance to the police in investigating real offenders,” he added.

The Delhi police is understood to have registered an FIR on a Unique Identification Authority of India (UIDAI) official’s complaint following the newspaper report, even as the daily said it will defend its freedom to undertake investigative journalism.

According to reports, UIDAI — the governing body that handles Aadhaar data — sent a letter to the newspaper, demanding to know if the reporter could view fingerprints and iris details with Aadhaar number.

On Sunday, the Editors’ Guild Of India sought government intervention for withdrawal of the case and called for an “impartial” investigation into the matter. Criticising the lodging of the FIR, the Guild had said it was “deeply concerned” over reports that the UIDAI deputy director had registered a complaint in which the reporter of The Tribune, Rachna Khaira, has been named.