Panneerselvam reportedly told the Governor that he was forced to step down as the chief minister by Sasikala. 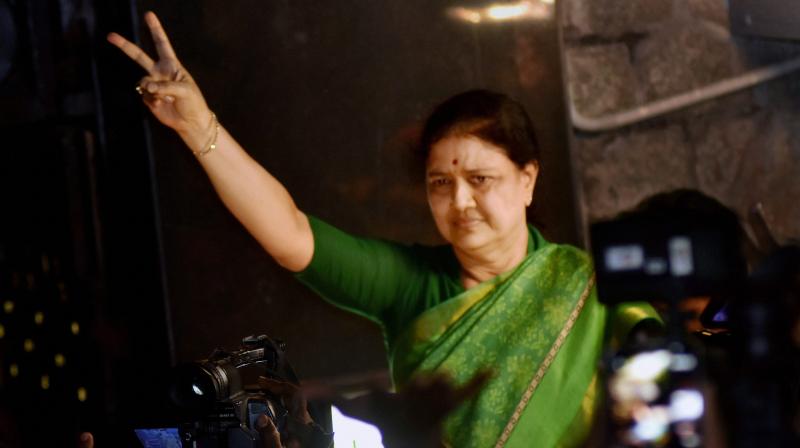 Chennai: AIADMK General Secretary VK Sasikala on Thursday staked claim to form the government during a 40-minute meeting with Governor Ch Vidyasagar Rao, who arrived in the city this afternoon.

Couple of hours after caretaker Chief Minister O Panneerselvam visited Rao, Sasikala called on the Governor and gave him a letter presumably containing the names of MLAs who elected her as AIADMK Legislature Party Leader, and requested him to invite her to form the government.

However, the Governor's response is not immediately known.

Sasikala arrived at 7.25 pm at the Raj Bhavan and left after a meeting that lasted about 40 minutes.

At 5 pm, Panneerselvam had called on Rao and after a brief meeting told reporters that "good things will happen and dharma will triumph".

The Chief Minister met his supporters at his Greenways Road official residence.

Sasikala was elected Legislature Party Leader on February 5, paving the way for her becoming the chief minister.

Subsequently, Panneerselvam raised a banner of revolt on February 7, along with his supporters.