India   All India  09 Feb 2018  Accused in Chandan Gupta murder case surrenders before Kasganj court in UP
India, All India

Chandan Gupta died of gunshot wounds after he was shot at during the motorcycle rally taken out to celebrate Republic Day. 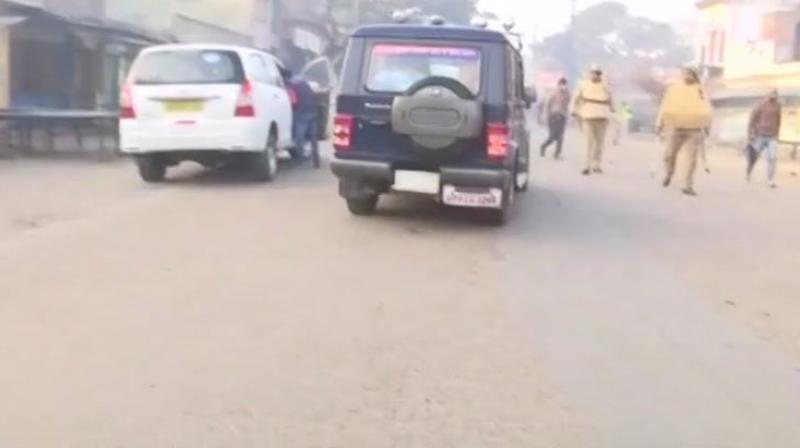 Chandan Gupta’s killing led to communal violence in Kasganj, where at least three shops, two buses and a car were torched. (Photo: ANI/Twitter)

Kasganj: Another accused in the killing of Chandan Gupta during a rally on Republic Day in Kasganj town of Uttar Pradesh on Thursday surrendered before a local court, police said.

"Asif Gymwala, who was named as an accused in the Chandan Gupta murder case, surrendered in the court of Chief Judicial Magistrate. The court has sent him to jail," Superintendent of Police Piyush Srivastava said.

Gupta died of gunshot wounds after he was shot at during the motorcycle rally taken out to celebrate Republic Day.

His killing led to communal violence in the western UP town. At least three shops, two buses and a car were torched.

On Wednesday, the police claimed to have recovered the weapon used to kill Gupta. Last week, a person was arrested in connection with the killing.

On January 31, police said they have arrested Saleem, who they identified as the main accused in the murder case.