The case relating to the alleged castration of 400 devotees was registered on the orders of the Punjab and Haryana high court. 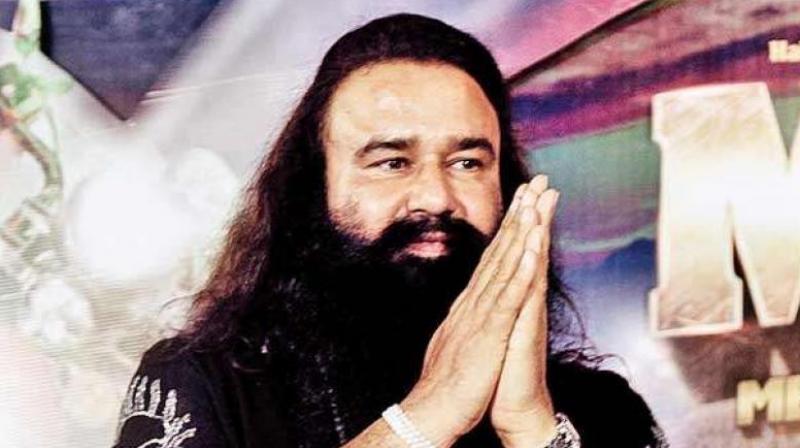 New Delhi: The CBI is preparing to file a supplementary chargesheet against rape convict and Dera Sacha Sauda chief Gurmeet Ram Rahim Singh and two doctors for allegedly forcibly castrating 400 followers of the sect. Self-styled godman Ram Rahim was on August 28, 2017 sentenced to 20 years in jail in a rape case by a special CBI court in Panchkula (Haryana).

According to sources the agency is examining statements of some more victims in connection with the case. “The CBI will soon file a supplementary chargesheet against the accused, including Ram Rahim,” sources said. The CBI on February 1 filed a preliminary charge sheet against Ram Rahim and two doctors for allegedly forcibly castrating 400 followers of the sect. Ram Rahim was charged along with doctors Pankaj Garg and M P Singh. They had allegedly castrated the men at the Sirsa-based dera, sources in the agency said. The charge sheet was filed in a special court in Panchkula.

The CBI in 2015 had registered a case against Ram Rahim to probe the alleged forced castration of Dera followers at his ashram at Sirsa. The CBI sleuths also recorded the statement of jailed Ram Rahim at a Rohtak prison where he is serving 20-year jail term, sources said adding that it has been mentioned in the chargesheet. The CBI had registered the case of alleged criminal conspiracy for voluntarily causing grievous hurt by dangerous weapons or means among other charges under the IPC against Ram Rahim and others.

The case relating to the alleged castration of 400 devotees was registered on the orders of the Punjab and Haryana high court.

Sources said the agency sleuths gathered enough evidence against Ram Rahim in connection with this case. The agency sleuths also recorded the statement of former Dera follower, Hansraj Chauhan, under the relevant sections of the IPC. Chauhan had approached the High Court alleging that he along with other saints of the Dera, was castrated inside the ashram. Seeking a CBI probe, Chauhan had claimed before the bench that castration process of Dera followers ‘is being done by the chief through doctors employed in his hospital’. Chauhan had said in the petition that they were assured that those who would get castrated will be able to meet the God through the Dera head.