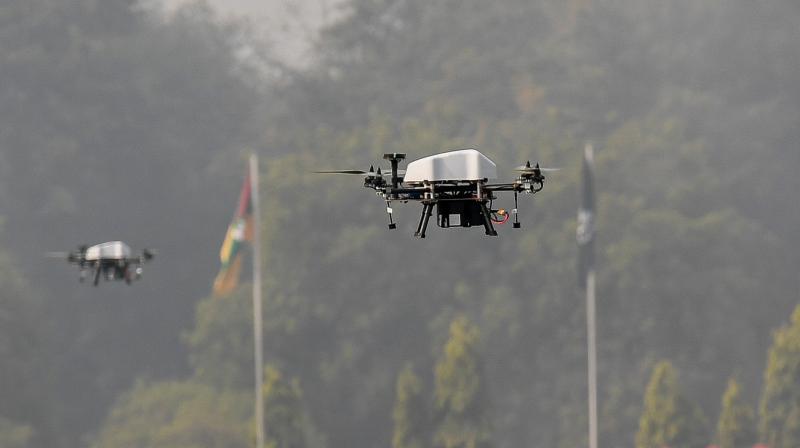 It is suspected that the drone dropped the packets. (Representational Photo:AFP)

New Delhi/Amritsar: The Border Security Force (BSF) on Wednesday claimed to have foiled a narcotics and weapon smuggling bid by a drone along the India-Pakistan border in Punjab.

A senior official of the force said troops fired at the drone after they heard a "buzzing sound of a suspected flying object coming from the Pakistani side to the Indian side" around 1 am in the Panjgrain area of Gurdaspur sector.

"During a search in the area of Ghaggar and Singhoke villages, two packets of yellow colour with suspected contraband have been recovered so far," the senior officer said.

It is suspected that the drone dropped the packets. They were found lying around 20 metres apart on a farm about 2.7 km from the border fence, he added.

A pistol was also seen wrapped in one of the packets.

The officials said the drone is suspected to have escaped to the Pakistani side.