India   All India  09 Mar 2018  SC allows passive euthanasia with guidelines, here’s all you need to know
India, All India

SC allows passive euthanasia with guidelines, here’s all you need to know

The case followed the Aruna Shanbaug verdict where although it rejected the mercy killing plea, SC allowed passive euthanasia in India. 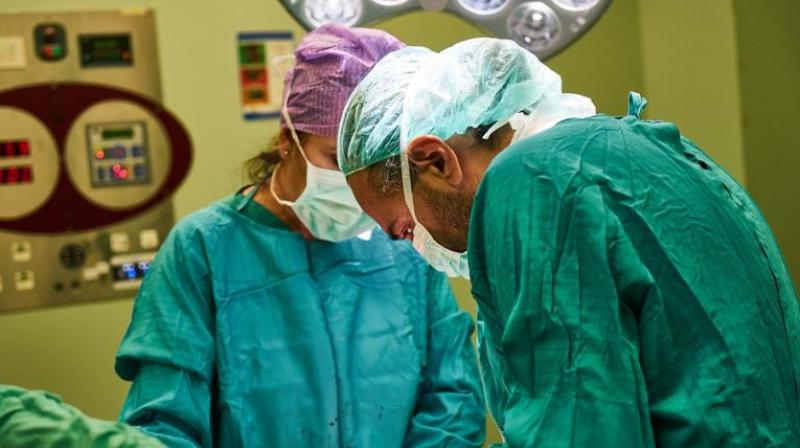 According to the apex court, passive euthanasia is permissible with guidelines. SC said, 'Human beings have the right to die with dignity.' (Photo: Pixabay)

Mumbai: Friday saw a landmark judgement when a Constitution bench of Supreme Court headed by Chief Justice of India Dipak Misra, legalised the right to die. The court approved ‘living will’ made by terminally-ill patients for passive euthanasia.

According to the apex court, passive euthanasia is permissible with guidelines. It said, "Human beings have the right to die with dignity."

SC said that "living will" be permitted but with the permission from family members of the person who sought passive euthanasia and also a team of expert doctors who say that the person's revival is practically impossible.

The case followed the Aruna Shanbaug verdict where although it rejected the mercy killing plea, it allowed passive euthanasia in the country.

Here’s all you need to know regarding passive euthanasia:

Passive Euthanasia: It is a condition where medical treatment is withdrawn with intention of hastening death of terminally-ill patient.

Living Will: This is a written document that allows a patient to give explicit instructions in advance about the medical treatment to be administered when he or she is terminally-ill or no longer able to express informed consent. They can outline whether or not they want their life to be artificially prolonged in the event of a devastating illness or injury.

Here’s why a verdict on passive euthanasia again after Aruna Shanbaug:

The SC in its verdict on March 7, 2014 in Aruna Shanbaug case had permitted passive euthanasia or passive mercy killing under certain circumstances, provided it was backed by the permission of the high court concerned.

Origins of the case: The constitution bench verdict was based on a plea by NGO Common Cause seeking that a person should be allowed to make a living will stating, that all medical support should be withdrawn if, in the opinion of the doctors, he is in state of terminal illness.

The petition further seeks enactment of a law on lines of the Patient Autonomy and Self-determination Act of the USA, which sanctions the practice of executing a “living will” in the nature of an advance directive for refusal of life-prolonging medical procedures in the event the person is no more in a condition to give consent.

Earlier ruling: Matter was first disposed of by the apex court in February, 2014. However, while dealing with this matter, the court had refrained from pronouncing any order but referred the matter to a constitution bench to ensure that areas of conflict between the Aruna Shanbaug case and Gian Kaur case could be ironed out.

Petitioners contention: The primary basis of the petition is that how can a person be told that he/she does not have right to prevent torture on his body?

According to them, the Right to life includes right to die with dignity.

The Management of the Patient with Terminal Illness Withdrawal of Medical Life Support Bill was stated to be before the government.

While the draft bill was originally authored by the Law Commission and was annexed with its second report on passive euthanasia, the government had later appointed a committee of senior doctors which framed the final draft that is now before the government.