India   All India  09 Apr 2017  ‘Do not support violence’: RSS dissociates itself from Raja Singh’s Ram Mandir remark
India, All India

‘Do not support violence’: RSS dissociates itself from Raja Singh’s Ram Mandir remark

Earlier, BJP MLA from Hyderabad Raja Singh said that he would behead the ones opposing the construction of Ram Mandir in Ayodhya. 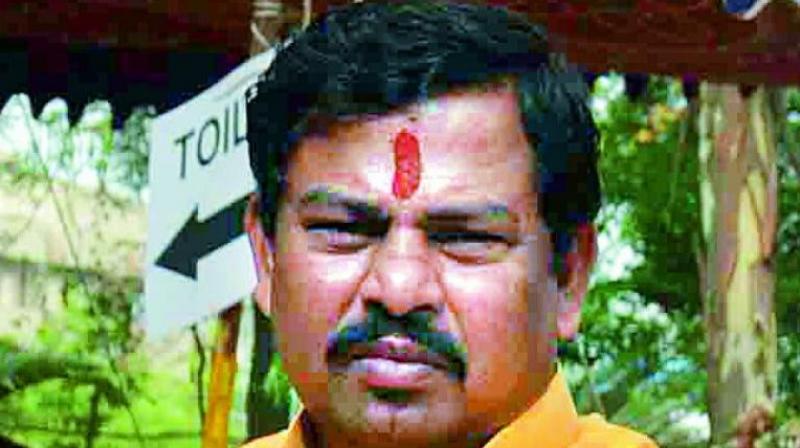 New Delhi: Condemning Bharatiya Janata Party MLA Raja Singh's remark on Ram Mandir, the Rashtriya Swayamsevak Sangh on Sunday disassociated itself with the former's statement, asserting that it never backed such observations and actions that intended to incite violence.

"Any statement which intended to use violence is condemnable. The RSS has never supported any violence. The RSS disassociates itself from all such observations and actions," RSS leader Rakesh Sinha said.

Earlier, BJP MLA from Hyderabad Raja Singh said that he would behead the ones opposing the construction of Ram Mandir in Ayodhya.

"Some people are saying that they will create ruckus if Ram Mandir is built in Ayodhya. I welcome the ones who are warning of dire consequences. We have been waiting for years to behead such traitors," the MLA said while addressing a public gathering on Thursday.

Singh, who represents Goshamal constituency in the Hyderabad Assembly, is known for his right wing activities and has also been arrested multiple times.

Earlier, the Supreme Court had observed that Ayodhya dispute is a "sensitive" and "sentimental" issue, adding that the matter should be settled amicably. Since then, various right-wing leaders have been campaigning for the temple to be built.

While Uma Bharti said she was ready to go to jail for the temple if need be, BJP leaders have been supporting the cause in their own way.