According to the Chhatarpur civil surgeon, this rare medical condition occurs in 8 children per 10 lakh births. 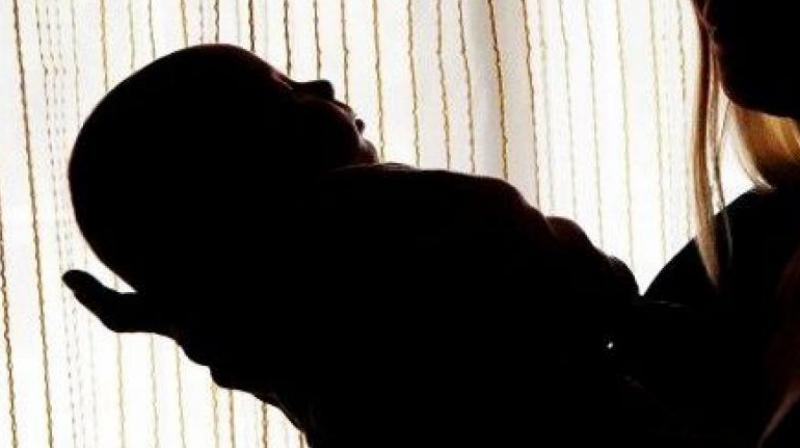 Chhatarpur (MP): A newborn girl in Khajuraho town of Madhya Pradesh has been diagnosed with a rare medical condition with her heart beating outside the body.

This rare medical condition occurs in 8 children per 10 lakh births.

The baby born with the rare congenital medical condition has been shifted to AIIMS in New Delhi for treatment, an official said on Sunday.

"The girl was born on April 5 at Khajuraho Health Centre in the district. She has a rare congenital medical condition called Ectopia Cordis (heart abnormally located either outside of the thorax)," Chhatarpur district hospital's civil surgeon Dr R S Tripathi said.

The newborn's father Arvind Patel works as a security guard at a world heritage site in Khajuraho.

Chhatarpur Collector Ramesh Bhandari said the girl was first referred to a hospital in Gwalior where the doctors advised that the baby be taken to All India Institute of Medical Sciences (AIIMS) in New Delhi.

"The doctors at Chhatarpur had earlier referred the newborn baby to Gwalior. The doctors in Gwalior further referred her to AIIMS, Delhi. The baby's treatment would be carried out with financial assistance under the state government's Mukhyamantri Bal Hriday Upchar Yojana (CM's Child Heart Treatment Scheme)," Bhandari said.

He also said that divisional commissioner and Gwalior district Collector are monitoring the case and all possible help would be extended to the family.

"Two doctors were sent along with the baby, who was shifted to AIIMS New Delhi Saturday," Bhandari said.

According to the Chhatarpur civil surgeon, this rare medical condition occurs in 8 children per 10 lakh births.

"This is the second case of Ectopia Cordis in the district during the past one decade. The occurrence of this rare medical condition is eight per 10 lakh births. The first such case was reported in the district about five years back," Dr Tripathi said.

He said that Ectopia Cordis is a congenital malformation in which the heart is abnormally located either partially or outside the thorax. It results from a failure of proper maturation of body wall formation during embryonic development.