India   All India  09 Apr 2018  Shoot dead son if he has joined Hizbul, says mother of Assam youth
India, All India

Shoot dead son if he has joined Hizbul, says mother of Assam youth

The mother who broke into tears said, 'I don't want an anti-national son. It is better to be without children.' 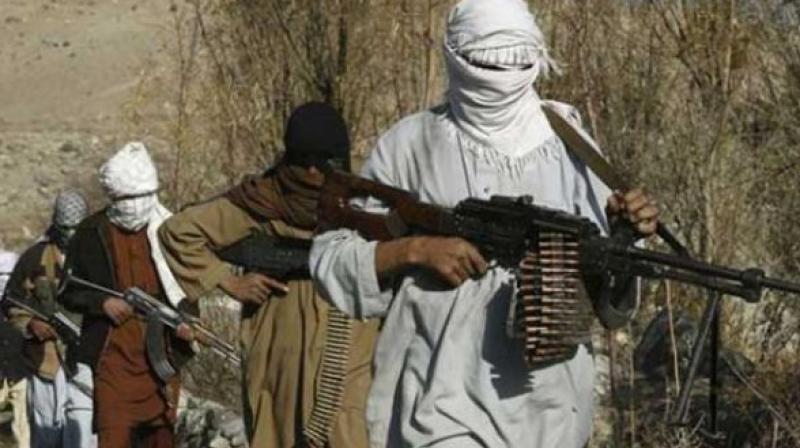 Security agencies have also referred the photograph of the youth with AK-47 rifles, which went viral on the social media. (Photo: File | Representational)

Guwahati: The mother of Qamer Uzzaman -- a youth of Assam who is reported to have joined Hizbul Mujahideen in Jammu and Kashmir -- said that if her son has joined anti-national militant organisation, he should be shot dead.

Admitting that Qamer Uzzaman who went to Kashmir few years back and started a business was missing for last one year, the mother of 39-years old Qamer Uzzaman told reporters, “We have not been able to contact him since July 2017. If he has joined anti-national activities, he should be killed. I am ready to give this in writing to the government. It is better not to have a son than a militant at home.”

The mother who broke into tears said, "I don't want an anti-national son. It is better to be without children."

The incident of Qamer Uzzaman alias Qamruddin joining Hizbul Mujahideen came to light after home ministry wrote a letter to the Assam Police asking to verify the credential of the person who was reported to have been missing from Kashmir for last one year. Security agencies have also referred the photograph of the youth with AK-47 rifles, which went viral on the social media.

Informing that family members have identified the youth who hails from Jamunamukh in Hojai district of central Assam, security sources, however said that they are yet to ascertain if Qamer Uzzaman has really joined Hizbul or these viral photographs are fake.

Pointing out that Qamer Uzzaman was also in Bangladesh for some time, security sources said that intelligence agencies have started probing the incident. The family members claimed that they have also lodged an FIR with police in Assam as well as in Kashmir in which they had requested the police to find out the whereabouts of their son as his wife and children were suffering.

The residents of Jamunamukh who knew Qamer Uzzaman said that at least five-six youths from their areas have gone to Kashmir in search of jobs. Though, majority of them are in touch with their family members, the residents said that police should check the credential of these youths also.

Meanwhile, sources in Assam police told The Asian Age that they have received some inputs on Qamer Uzzaman from security agencies and they are verifying his past activities in Assam.