Police nabbed seven persons along with the cash at two different places under Narayanguda police station limits on Monday afternoon. 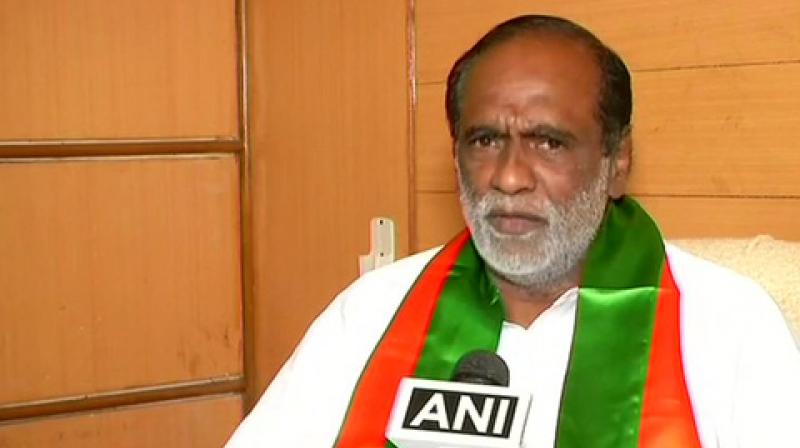 Hyderabad: Cash worth Rs 8 crore was seized by the Central Zone Commissioner Task Force on Monday, while it was being transported by car. The BJP says the cash belongs to the party and was for use for legitimate election expenditure.

Police nabbed seven persons along with the cash at two different places under Narayanguda police station limits on Monday afternoon.

A police officer said they were tipped off about a large amount of cash being withdrawn from the Indian Bank's Narayanguda branch. The police stopped a car at Himayatyagar Y Junction carrying Thotireddy Pradeep Reddy, the car's driver Guda Shankar, and Rs 2 crore. When questioned, Pradeep Reddy said the money was given to him by BJP office assistant Nandiraju Gopi at the Indian Bank Narayanguda branch.

The police went to the bank and found Gopi and four others with Rs 6 crore in cash. The police seized that money as well, bringing the total seizure to Rs 8 crore.

Speaking to media persons about the seizure, Telangana BJP spokesperson Krishna Sagar Rao said that the money belonged to the BJP. "Our accountant Gopi was bringing the money from the bank to the party office. The police has overreacted in this case. They have broken car window panes and seized the remaining amount. Police violated the law," he alleged.

"There is proof that the money was withdrawn from the bank. We showed it to the police but they seized the money."

Documents in the possession of this newspaper show that BJP president Dr K. Laxman issued cheques worth Rs 8 crore to the BJP office assistant. However, as the persons carrying the cash did not provide valid documents to account for the cash, the police seized the money.

Speaking about the huge cash withdrawal, P Venkatramaiah, general, secretary of the Bank Employees' Federation of India, said, "It is impossible to withdraw such a huge amount of money from banks. A bank only has retaining capacity of Rs 50 lakh, and Rs 1 crore is allowed in big branches."