Water tanker scam: Mishra to record statement with ACB on May 11

Mishra had been accusing the BJP of shielding Dikshit and yesterday he alleged that the AAP government tried to protect her. 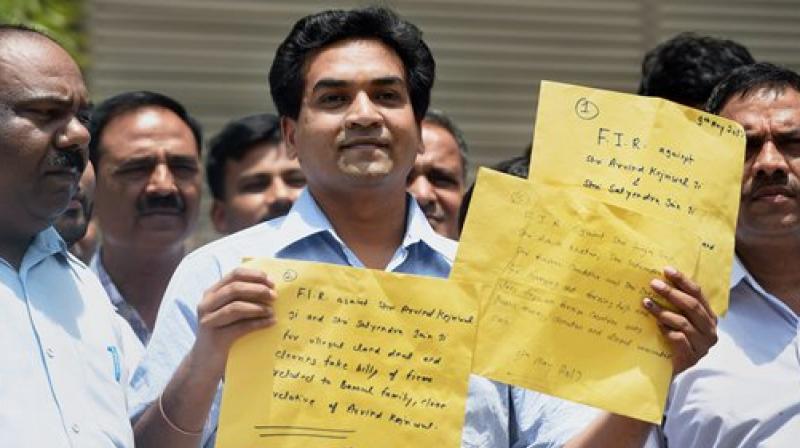 New Delhi: Sacked Delhi minister Kapil Mishra will record a 'detailed' statement with regards to the Rs 400-crore tanker scam in the Delhi Jal Board with the Anti-Corruption Branch on Thursday.

ACB chief Mukesh Kumar Meena confirmed the development. Mishra will go the ACB office around noon on May 11 to record his statement.

The former Delhi water minister had yesterday submitted evidence to the ACB to back his allegation that Chief Minister Arvind Kejriwal and his 'two men' had influenced and delayed the probe into the scam which dates back to Sheila Dikshit's tenure as CM.

Dikshit was in August last year 'examined' by the ACB in connection with her alleged involvement in the scam and was handed over a set of 18 written questions.

Till some time ago, Mishra had been accusing the BJP of shielding Dikshit and yesterday he alleged that the AAP government tried to protect her.

The AAP government had in June 2015 set up a fact-finding committee to look into alleged irregularities in procuring around 385 stainless steel water tankers by the DJB.
In June last year, it sent the panel's report to then Lieutenant Governor Najeeb Jung, following which an FIR was registered in the matter.