India   All India  09 May 2018  Tremors in Delhi, J&K after earthquake strikes Afghanistan
India, All India

An earthquake of magnitude 6.2 hit Afghanistan-Tajikistan-Pakistan region on Wednesday. 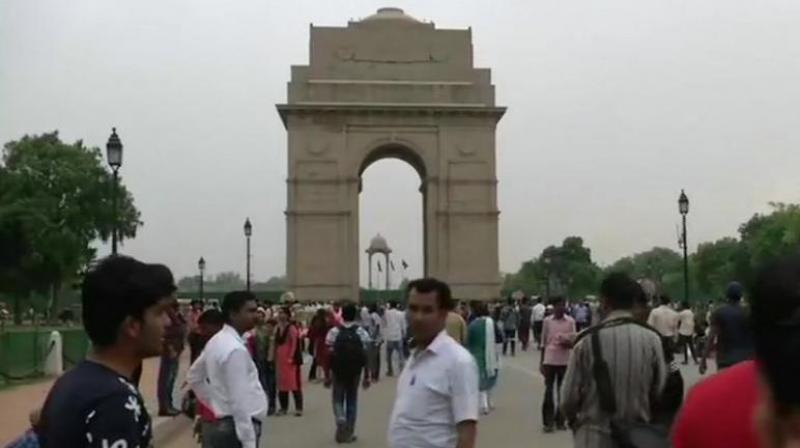 Tremors were felt in Delhi, NCR and Jammu and Kashmir following earthquake in Afghanistan. (Photo: Twitter/ANI)

New Delhi: Tremors were felt in Delhi and neighbouring Gurgaon on Wednesday afternoon after an earthquake hit Afghanistan-Tajikistan border.

According to the United States Geological Survey (USGS), a magnitude 6.2 earthquake struck near the Afghanistan-Tajikistan border at a depth of 111.9 kilometres.

The earthquake shook buildings in Afghan capital Kabul, but there were no immediate reports of damage or casualties, reported Reuters.

According to a MeT department official, tremors were also felt in Punjab, and Haryana, where people rushed out of their buildings, around 4:15 pm.