India   All India  09 May 2020  Coronavirus can be sexually transmitted: Study
India, All India

Coronavirus can be sexually transmitted: Study 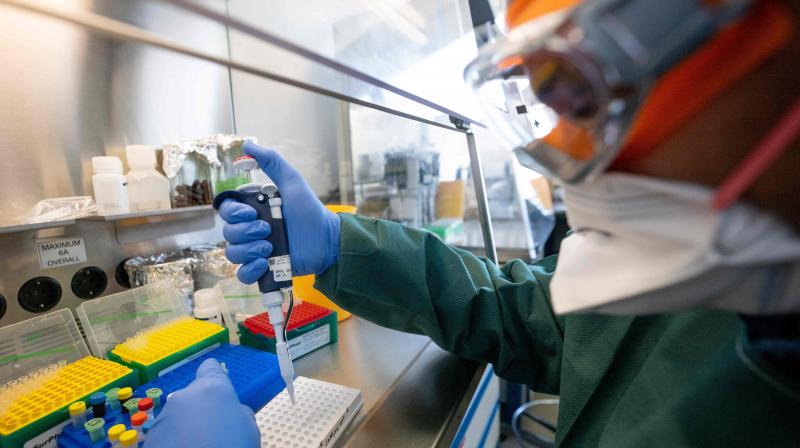 New Delhi: India on Friday added 3390 fresh cases of novel coronavirus in its overall disease load of 56,342 so far while 103 new deaths were reported in the last 24 hours taking the death toll to 1,886.

The recovery rate, however, is also picking up as 1273 patients were discharged in one day. This takes the total recovery rate to 29.36%. Health ministry officials said almost 1 out of every 3 patients who were hospitalised has recovered. So far, a total of 16,540 people have been cured.

However, the major cause of concern is the outbreak in Central Armed Paramilitary Forces where over 500 personnel have reported sick with COVID-19.

On Friday, 30 new cases were detected in Border Security Force, 12 in Indo-Tibetan Border Police while one CISF personnel died. The CAPF till now has reported 5 deaths – 2 in CISF, 2 in BSF and 1 in CRPF.

Maharashtra, Gujarat, Tamil Nadu, Delhi continue to report higher cases while Kerala reported only one case and 10 recoveries. The state now has only 16 active cases out of the 503 detected till now.

With several immigrants and migrants set to return from various destinations there are concerns over fresh outbreak or `second wave’ even in areas where the virus is under check. Indian Railways said so far 3 lakh stranded labourers, students, pilgrims etc have been transported back to their homes through 222 trains where they have been put on 14-day quarantine.

The government has issued special guidelines for the stranded Indian nationals returning from abroad who have started returning now from abroad. They too have to compulsorily stay under 14-day quarantine upon return at their own cost and can go home only after they test negative. An inter-ministerial coordination committee has been formed for implementing SOP for evacuation of stranded people to and from India during the lockdown, the Ministry of Home Affairs said.

The Indian Council for Medical Research has shortlisted 21 institutes for its PLACID trial to assess the safety and efficacy of Convalescent Plasma Therapy. The sample size of the study is 452.

Meanwhile, a latest study has revealed that COVID-19 has the potential of being sexually transmitted. The study published in the medical journal JAMA Network Open, was conducted by doctors at China's Shangqiu Municipal Hospital on 38 men hospitalised with COVID-19. It was found that six of them (16%) tested positive for SARS-CoV-2 in their semen. The virus responsible for COVID-19, severe acute respiratory syndrome coronavirus 2 (SARS-CoV-2) has been detected in stool, gastrointestinal tract, saliva, and urine samples also in other studies.