India   All India  09 May 2021  Covid+ test report not mandatory for admission to health facility: Health Ministry
India, All India 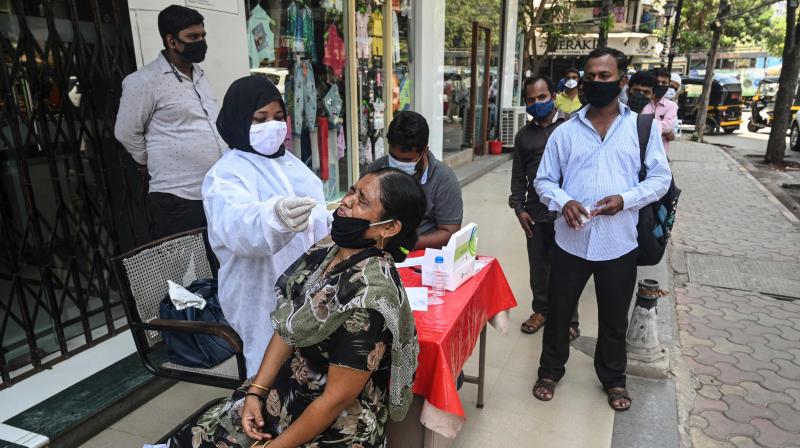 New Delhi: In a significant move, the Union ministry of health and family welfare has revised the national policy for admission of Covid-19 patients to various categories of Covid facilities. Under the new policy, a positive test report for Covid-19 virus is now not mandatory for admission to a Covid health facility and the government has directed that no patient will be refused services in any hospital on any count. The directive to states and UTs comes following heavy criticism after serious patients were denied medical attention by hospitals owing to several reasons.

India on Saturday recorded over four lakh fresh cases and 4,187 deaths in the last 24 hours. Prime Minister Narendra Modi spoke with the chief ministers of Maharashtra, Himachal, Madhya Pradesh and Tamil Nadu on the Covid situation in their states.

Tamil Nadu has also imposed complete lockdown in the state to check the spike in cases.

As per the Union government directive to all states and UTs, hospitals under the Central government, state governments and Union Territory administration, including private hospitals managing Covid patients, shall ensure that they admit suspect cases to the ‘suspect wards’ and start treatment immediately instead of insisting on a positive Covid-19 test for admission. The order further said no patient will be refused services on any count. This includes medications such as oxygen or essential drugs even if the patient belongs to a different city.

“No patient shall be refused admission on the ground that he/she is not able to produce a valid identity card that does not belong to the city where the hospital is located. Admissions to hospital must be based on need. It should be ensured that beds are not occupied by persons who do not need hospitalisation. Further, the discharge should be strictly in accordance with the revised discharge policy,” the order said.

Meanwhile, the National Highways Authority of India (NHAI) has announced that tankers and containers carrying liquid medical oxygen (LMO) will be exempted from user fee at toll plazas on national highways across the country. In view of the current unprecedented demand for the medical oxygen due to the Covid-19 surge, containers carrying LMO will be considered at par with other emergency vehicles like ambulances for a period of two months or till further orders, NHAI said in a statement.