Bhim Army founder was holed up in Dalhousie. 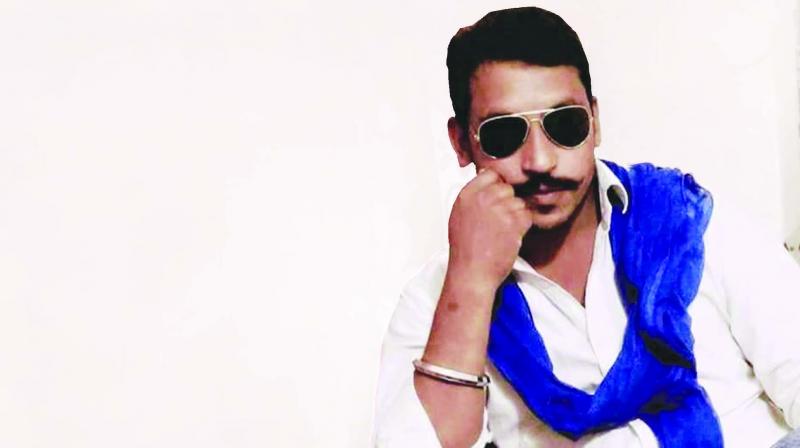 Lucknow: Bhim Army founder Chandrashekhar, the main accused in the Saharanpur caste violence, was nabbed from Himachal Pradesh on Thursday after having evaded arrest for nearly a month.

As the Bhim Army got active on the social media after the arrest, all Internet facilities in Saharanpur were blocked for two days to prevent mischief mongering.

Thirty-year-old Chandrashekhar, who was carrying a reward of Rs 12,000 on his head, was arrested nabbed from Dalhousie area of Himachal Pradesh, Additional DG (Meerut Zone) Anand Kumar told PTI over phone. He will be brought to Saharanpur on a transit remand.

IG (crime) Hariram Sharma told mediapersons here that a total of 46 FIRs had been registered since inter-caste violence broke out in Saharanpur last month.

As many as 206 arrests have been made so far, including that of Chandrashekhar, who has been named as accused in three FIRs, he said.

Earlier, two members of the Bhim Army were arrested in Saharanpur for their alleged involvement in the Ramnagar caste violence on May 9 after one person was killed and several others were injured in a clash between dalits and Thakurs at Shabbirpur village on May 5.

About a dozen police vehicles were set ablaze and 12 policemen were injured in subsequent violence on May 9.

The Uttar Pradesh police had recently constituted a special investigation team (SIT) comprising 10 inspectors to probe 40 cases, registered between May 5 and May 23, in Saharanpur district which had seen bouts of inter-caste clashes last month.

Chandrashekhar had recently held a rally in Jantar Mantar in New Delhi to protest against alleged violence against dalits.

He had then said that he would surrender if 37 “innocent” dalits arrested in connection with the Saharanpur violence were released on bail.

“I feel that the UP government has failed to address the issues of the dalits. The chief minister has lost control over the police and the administration. There have been more cases of atrocities against the dalits in the past two-and-a-half months as compared to last one year,” he had told PTI. The cycle of violence in Saharanpur began on May 5, when a man was killed, several injured and around 25 homes set ablaze in inter-caste clashes in Shabbirpur village.

The district has remained tense ever since and violence has erupted repeatedly.

On May 23, another person was shot dead and two others were wounded, following which the government had suspended the senior superintendent of police and district magistrate and transferred the divisional commissioner and the deputy inspector general of police.

The opposition parties in Uttar Pradesh have been attacking the ruling BJP over the violence in Saharanpur.