India   All India  09 Jun 2018  WB TMC worker hacked to death in Howrah, party blames it on BJP
India, All India

WB TMC worker hacked to death in Howrah, party blames it on BJP

The victim has been identified has Kartik Dhaki, who was missing since Friday. 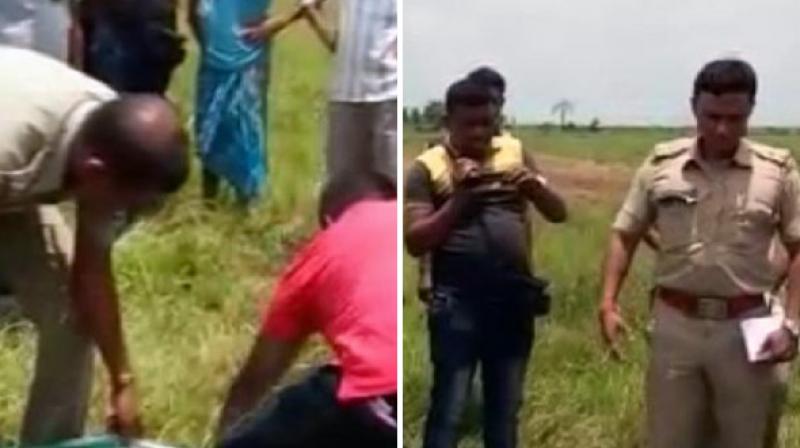 According to media reports, a case has been registered and the police are investigating for further details. (Photo: ANI)

Howrah (West Bengal): A Trinamool Congress (TMC) worker was allegedly hacked to death in the Jagat Ballabhpur area of Howrah on Saturday.

The victim has been identified has Kartik Dhaki, who was missing since Friday.

Following the incident, the TMC has accused the opposition Bharatiya Janata Party (BJP) of the alleged killing while the latter has rubbished their claims.

"The BJP doesn't believe in violence unlike TMC and hence, no such acts happen during elections in BJP ruled states. If we were believers of violence, we wouldn't have been elected in 22-23 states of India. The TMC has turned West Bengal into Afghanistan murdering people throughout the state," said Debanjan Chatterjee of BJP.

This is the second TMC worker to have been killed this week. On June 5, a Trinamool Congress (TMC) worker, Mohsin Khan, whose wife, Nurnessa Begum had recently won Panchayat elections, was shot dead in Bagnan.

This comes just a few days after two BJP workers were found dead under suspicious circumstances in two separate incidents in West Bengal sparking a political row between the BJP and the TMC.

Including this incident, two BJP workers and two TMC workers have died in the last 20 days.

According to media reports, a case has been registered and the police are investigating for further details.