India   All India  09 Jun 2020  China, India pull back at three points in Ladakh
India, All India

China, India pull back at three points in Ladakh

Further talks are scheduled between the two armies on Wednesday 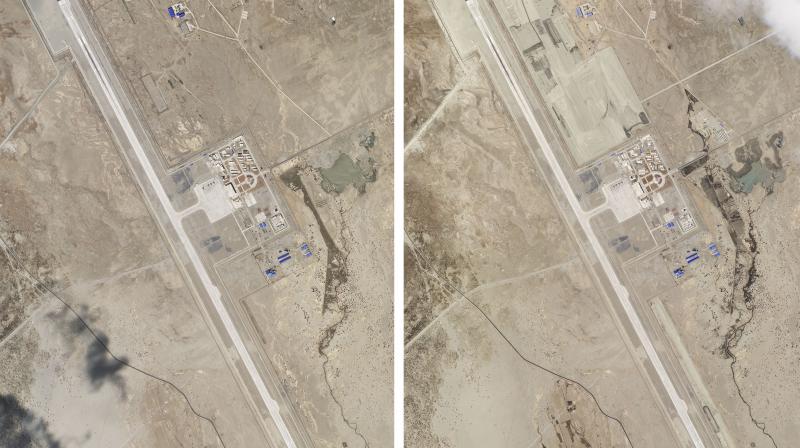 In this satellite image provided by Planet Labs, the Ngari Gansa civil-military airport base is seen near the border with India in far western region of Tibet in China. There is evidence of development around the airport. Tensions along the China-India border high in the Himalayas have flared again in recent weeks. (AP)

New Delhi: As a confidence-building measure, Chinese and Indian armies have slightly moved back from three flash points in eastern Ladakh.

Major General level talks between the two sides are scheduled on Wednesday to try to resolve the month-long stand-off between the two armies at the Line of Actual Control (LAC). These will be a follow-up of the Lieutenant General level talks which were held between Indian and Chinese armies on Saturday. There will also be Brigadier and Commanding Officers levels this week at Galwan and Hot Springs areas.

The main contention between Indian and Chinese troops remains the Northern bank of Pangong Tso lake where Chinese troops have pitched tents at finger 4 location to prevent the Indian army to patrol till Finger 8 which India believes is part of its territory. The troops from the two sides were involved in a brutal clash at Pangong Tso on the intervening night of May 5th and May 6th.

There is a possibility that another round of Lieutenant General level talks may be needed to try to resolve the Pangong Tso issue.

However, the major threat still remains the massive buildup by both armies along with artillery, armored vehicles and tanks in their in-depth areas along the line of actual control (LAC). Until and unless these troops move back to the peace-time locations the threat perception will remain high at the LAC.

Defence minister Rajnath Singh had said on Monday that talks between top India-China military commanders have been “very positive” and both countries have agreed that further talks will be held to resolve the current “tussle” at the line of actual control (LAC). He had said that the border dispute between India and China has been going on from a long time and “we want that this border dispute should be resolved as soon as possible.”

India has asked China to reduce the build-up of its troops at the LAC and revert back to the status quo of April in Pangong Tso, Hot Springs and Galwan Valley.