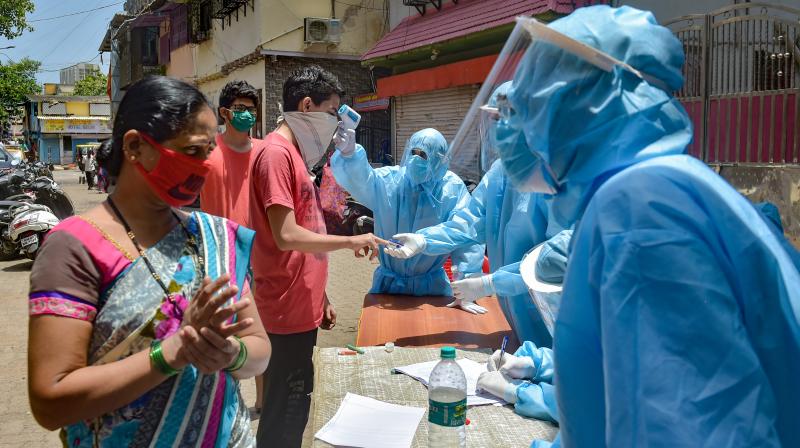 In apparent signs of flattening of the coronavirus curve, Asia’s largest slum Dharavi has not reported a single death due to coronavirus in the last six days. Officials from the Brihanmumbai Municipal Corporation (BMC) noted that the area may be showing signs of flattening the curve. The slum has, in total, reported 71 deaths so far, however, according to some reports, has a mortality rate of 2.67 per cent — markedly lower than Mumbai’s at 3.27 per cent.

Nearly 1,900 coronavirus cases have been reported from Dharavi so far of which 939 have recovered, Brihanmumbai Municipal Corporation (BMC) officials said.
BMC assistant municipal commissioner of G North Ward Kiran Dighavkar said, “Dharavi has not reported a single death in the last six days, which is the first major indicator that we are on the right track. We also have a very good recovery rate and the number of people getting discharged is also increasing.”

“A total of 34 people had tested positive for coronavirus on June 1 which has now come down to 10,” Dighavkar added.

The official said that aggressive testing and the setting up of fever clinics helped in tackling the Covid-19 challenge in the area which is among the most densely populated in the country. “With the help of fever clinics, we could identify the people showing symptoms similar to that of coronavirus infection. We isolated them immediately which helped in either containing further transmission of the virus or spreading any kind of infection from those who are feeling unwell,” he said.

Out of the total deaths, 32 deaths occurred in the last two days and the rest are from the period May 3 to June 5. Out of the 77 deaths in this period, 51 were recorded in Mumbai, eight in Aurangabad, three in Ratnagiri, four in Dhule and one each in Ahmednagar, Bhiwandi, Jalgaon, Jalna, Kalyan-Dombivali, Nashik, Pune, Solapur, Thane, Ulhasnagar and Vasai-Virar.