India   All India  09 Jul 2017  Maharashtra Police soon to receive kits for on spot detection of beef
India, All India

Each kit will test at least 100 samples and as many as 45 forensic vehicles will receive this kit, senior officials said. 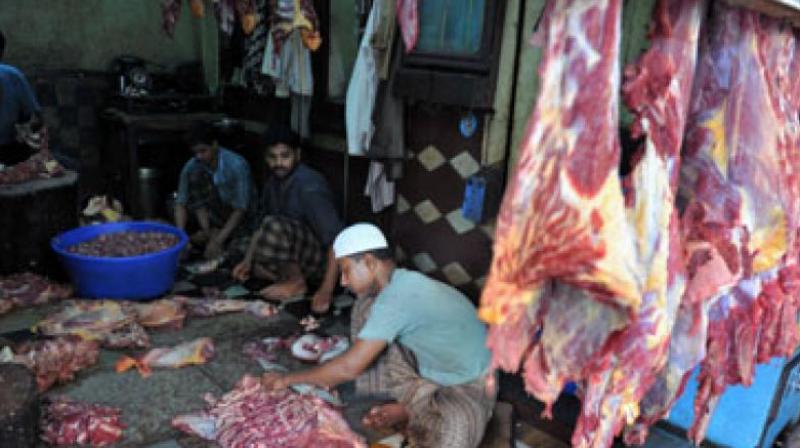 With the help of detection kits, police will be able to avoid seizing vehicles transporting meat as the test can be done on the spot. (Photo: PTI/Representational)

Mumbai: Maharashtra forensic laboratory is all set to provide meat detection kits to the police to check if the meat they have seized is that of a cow or not within 30 minutes.

According to senior officials, "Each kit will test at least 100 samples and as many as 45 forensic vehicles will receive this kit."

"If the report is positive that a sample contains cow meat, it will then be sent for further forensic testing for confirmation through DNA process," the officials added.

Director In-charge of Forensic Science Laboratory, Dr Krishan Kulkarni said, "We are going to launch a kit for on the spot detection of presence of cow meat in a sample. This test is only for screening; the samples will be sent to laboratory for DNA report.

With the help of this kit, the police will be able to avoid seizing vehicles transporting meat as the test can be done on the spot.

The kits are available only in Mumbai, Pune and Nagpur and would soon be extended to Nashik and Aurangabad.

The move comes amid controversy after the state government amended provisions to the Maharashtra Animal Preservation (Amendment) Act, 2015, to ban the sale and transport of beef.

For over two years, Maharashtra has implemented a total ban on beef, including slaughter of cows, bulls and bullocks in the state under the Maharashtra Animal Preservation (Amendment) Act, 1976.