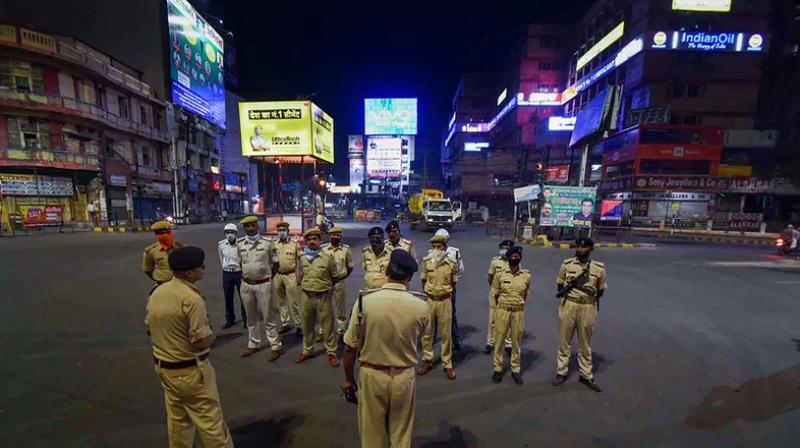 Patna district administration on Wednesday announced a lockdown in the city. (PTI Photo)

Patna: The Patna district administration on Wednesday announced a lockdown in the city. Officials said that the decision to impose lockdown in Patna was taken after the state witnessed a steep rise in coronavirus cases. The lockdown in the state capital has been ordered for a week from July 10 to July 16.

Officials said that the district administration will review the situation a week later and may increase the period depending upon the situation.

As per the latest data released by the state health department, the number of corona cases in the state has surged to 12525 after 749 more persons were found infected with the virus.  As of now, there are about 4179 active cases and around 100 people have lost their lives in the state.

The district administration has however exempted all essential services which include healthcare, general provision stores, banking sector and media.

Besides the state administration may also impose a lockdown in couple of other districts which includes Bhagalpur and Nawada. Officials said that the lockdown in these two districts is being planned for 48 to 72 hours.

Political parties in Bihar have welcomed the state government’s move to impose lockdown in Patna to stop the alarming surge in COVID-19 cases. According to the BJP here, the administrative officials have been asked to take decisions after assessing the scenario in their districts.

“The centre, as well as the state government, is working hard to control the surge in COVID-19 cases. We appreciate the move to impose lockdown and would urge the general masses to follow the guidelines issued by the government”, BJP spokesperson Nikhil Anand told this newspaper.

He said that “the opposition should also support the state government in its effort to stop the spread of COVID-19 cases in Bihar”.