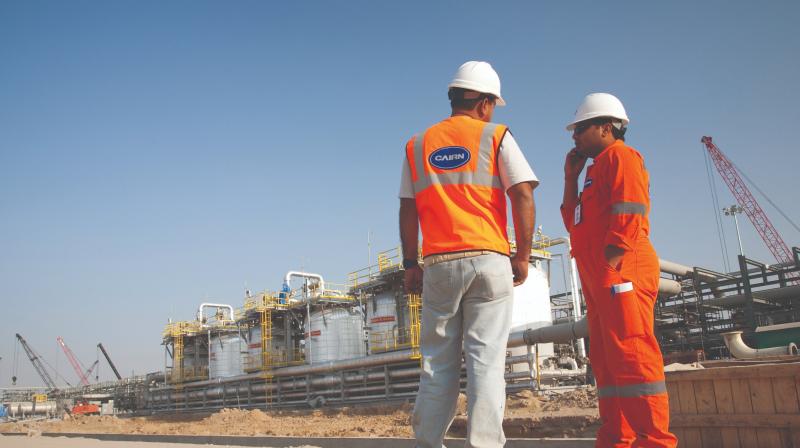 Cairn Energy Plc has secured a French court order to seize some 20 government properties in Paris to recover a part of the USD 1.72 billion due from New Delhi.(Photo: Twitter @CairnEnergy)

New Delhi: In a setback to India, Britain's Cairn Energy Plc has secured a French court order to seize some 20 government properties in Paris to recover a part of the USD 1.72 billion due from New Delhi following an arbitration panel overturning levy of retrospective taxes.

The centrally located properties mostly comprise of flats, valued at more than EUR 20 million, were used by Indian government establishment in France, three people with direct knowledge of the matter said.

The French court, Tribunal Judiciaire de Paris, on June 11 agreed to Cairn's application to freeze (through judicial mortgages) residential real estate owned by the Government of India in central Paris, they said adding the legal formalities for the same was completed on Wednesday evening.

While Cairn is unlikely to evict the Indian officials residing in those properties, the government cannot sell them after the court order.

Meanwhile, the Finance Ministry said it has not received any order from any French court and will take appropriate legal remedies after it gets an order.

In its statement, Cairn further said that in absence of any resolution to its tax dispute, it “must take all necessary legal actions to protect the interests of its international shareholders.”

A three-member international arbitration tribunal that consisted of one judge appointed by India, had in December last year unanimously overturned the levy of taxes on Cairn retrospectively and ordered refund of shares sold, dividend confiscated and tax refunds withheld to recover such demand.

The government has not accepted the award and has filed a 'setting aside' petition in a court in the Netherlands - the seat of the arbitration.

With its shareholders - who include the biggies of the global financial world - egging it to get the money back, Cairn has got the arbitration award registered in countries such as the US, UK, Canada, Singapore, Mauritius, France and the Netherlands. It has since started seeking enforcement action.

It has identified USD 70 billion of Indian assets overseas for the potential seizure to collect award, which now totals to USD 1.72 billion after including interest and penalty.

Last month, Cairn brought a lawsuit in the US District Court for the Southern District of New York pleading that Air India is controlled by the Indian government so much that they are 'alter egos' and the airline should be held liable for the arbitration award.

Similar lawsuits are likely to be brought in other countries, primarily with high-value assets.

Stating that the government of India has “not received any notice, order or communication” from any French court, the finance ministry said it is trying to ascertain the facts, and “whenever such an order is received, appropriate legal remedies will be taken, in consultation with its counsels, to protect the interests of India.”

Cairn also said it is looking an amicable settlement.

“Our strong preference remains an agreed, amicable settlement with the Government of India to draw this matter to a close, and to that end, we have submitted a detailed series of proposals to them since February this year,” it said.

However, in the absence of such a settlement, Cairn said it must take all necessary legal actions to protect the interests of its international shareholders.

Sources said the French court order affects some 20 centrally located properties, belonging to the Indian Government, as part of a guarantee of the debt owed to Cairn.

“This is the necessary preparatory step to taking ownership of the properties and ensures that the proceeds of any sales would be due to Cairn,” one of the persons said.

The move by Cairn is similar to a court in the British Virgin Islands ordering in December last year hotels in New York and Paris owned by Pakistan International Airlines to be used to settle a claim against Pakistan's government by a Canadian-Chilean copper company.

The Scottish firm invested in the oil and gas sector in India in 1994 and a decade later it made a huge oil discovery in Rajasthan. In 2006 it listed its Indian assets on the BSE. Five years after that the government passed retroactive tax law and billed Cairn Rs 10,247 crore plus interest and penalty for the reorganisation tied to the flotation.

The state then expropriated and liquidated Cairn's remaining shares in the Indian entity, seized dividends and withheld tax refunds to recover a part of the demand.