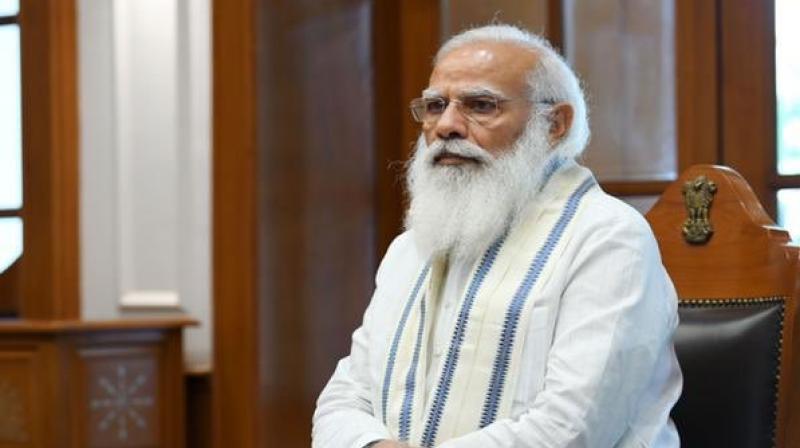 New Delhi: Prime Minister Narendra Modi on Friday chaired a high-level meeting to review the augmentation and availability of oxygen across the country and instructed officials to ensure that the oxygen plants are made functional at the earliest.

Officials briefed Prime Minister about the progress on the installation of PSA oxygen plants across the country. More than 1500 PSA oxygen plants are coming up across the nation which includes contributions from PM CARES as well as various ministries and PSUs, a statement by the PMO said.

PM Modi instructed the officials to ensure that these plants are made functional at the earliest and to work closely with the state governments for the same. Officers apprised PM Modi that they are in regular touch with officers from state governments regarding fast-tracking the oxygen plants, it added.

PM Modi asked officials to ensure there is adequate training of hospital staff on the operation and maintenance of oxygen plants. He also directed officials to ensure that each district has trained personnel available. Officials informed him that there is a training module prepared by experts and they are targeting training of around 8000 people across the country, the statement said.

PM Modi also said that we should deploy advanced technology like IoT to track performance and functioning of these oxygen plants at a local and national level. Officials apprised the PM about a pilot being done using Internet of Things (IoT) for monitoring the performance of the oxygen plants.

Principal Secretary to PM, Cabinet Secretary, Secretary Health, Secretary MoHUA and other important officials were present in the meeting.