All eight MLAs are close to senior leader Shankarsinh Vaghela who quit Congress before RS elections. 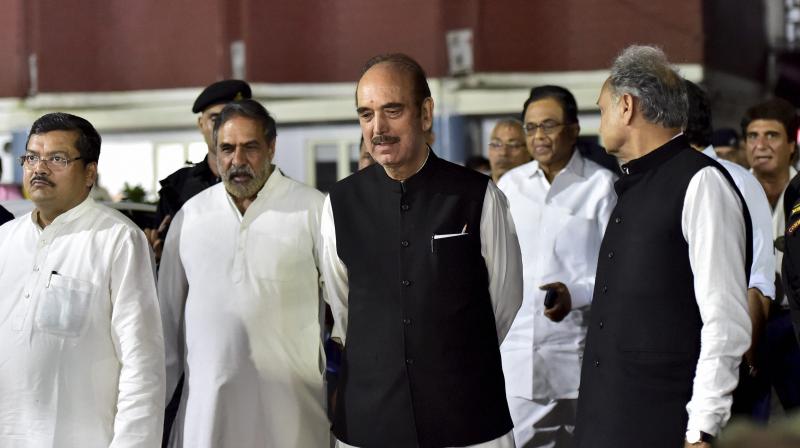 Ahmedabad/New Delhi: Cracking down on dissidents in Gujarat, the Congress on Wednesday expelled for six years eight of its MLAs who cross-voted in Tuesday's Rajya Sabha elections.

AICC general secretary in-charge of Gujarat unit Ashok Gehlot said he has also recommended the expulsion of six of its legislators who had earlier resigned as MLAs. Three of them had later joined BJP.

Asserting that indiscipline will not be tolerated in the Congress, Gehlot said those expelled were indulging in anti-party activities.

Gehlot, a former chief minister of Rajasthan, said the party will strengthened further ahead of the state Assembly elections due later this year.

The Gujarat Congress spokesman Manish Doshi said the eight MLAs were expelled for cross-voting in favour of BJP candidates defying the whip issued by the party.

Vaghela, a former chief minister, had resigned from the Congress and the post of leader of the opposition in the Assembly weeks ahead of the RS elections, but not from the House.

"We have expelled them for six years as they defied the party whip and cross-voted. We will take action against them under the anti-defection law also," said Gujarat Congress chief Bharatsinh Solanki.

Gehlot also thanked the Gujarat unit of the party for the victory of Ahmed Patel, political secretary to Congress president Sonia Gandhi, in the RS poll.

"It is Congress party's unity in Gujarat which has ensured Ahmed Patel ji's victory in Rajya Sabha Polls," he said.

Bharatsinh Solanki earlier held a meeting of party MLAs in Gandhinagar and thanked them for the victory of Ahmed Patel.

"Just like the united Gujarat Congress defeated the evil designs of BJP in RS Polls, we will fight and defeat BJP in upcoming assembly polls," he said on twitter.