Arun Jaitley, who stopped attending office in April for a renal transplant, participated in vote for Deputy Chairperson of RS on Thursday. 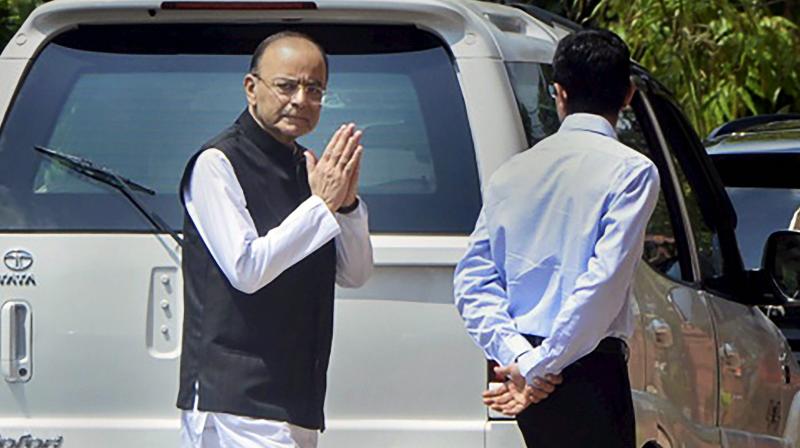 New Delhi: After a hiatus of three months, Union minister Arun Jaitley arrived in parliament on Thursday for his first appearance in the Monsoon session.

The 65-year-old Rajya Sabha member who stopped attending office in April for a renal transplant on May 14, participated in the vote for Deputy Chairperson of the House on Thursday.

After Arun Jaitley’s health deteriorated in April, the charge of his finance ministry was handed to Railways Minister Piyush Goyal.

Jaitley underwent a bariatric surgery soon after the BJP-led coalition came to power in 2014. The surgery was to treat weight gain that he suffered because of a long-standing diabetic condition, according to news agency PTI.

A Rajya Sabha member since 2000, Arun Jaitley was re-elected to the House from Uttar Pradesh in March. Though Jaitley was recovering from his ill health he was active on social media taking on opposition parties on several issues including cuts to the goods and services tax rates.

On Wednesday, Arun Jaitley took to Facebook to hit out at his former colleagues Yashwant Sinha and Arun Shourie for raising allegations in connection with the Rafale fighter deal.

He termed the allegations as "unsubstantiated" and "reprocessed lies" and said it being levelled by forces which are increasingly desperate to prove their relevance.

"There is not a grain of truth in the wild allegations repeated today nor anything substantiating in the purported facts and voluminous documents marshalled to corroborate the baseless accusations," Jaitley said in his post titled 'The Rafale Falsehood Repeated'.

Arun Jaitley is expected to resume work in the Finance Ministry from August 16.