India   All India  09 Aug 2018  MP: Speech-impaired 'transgender' attacked on suspicion of being child-lifter
India, All India

MP: Speech-impaired 'transgender' attacked on suspicion of being child-lifter

Incident occurred on Wednesday night when the person, suspected to be transgender, was stopped by local woman whose baby was stolen. 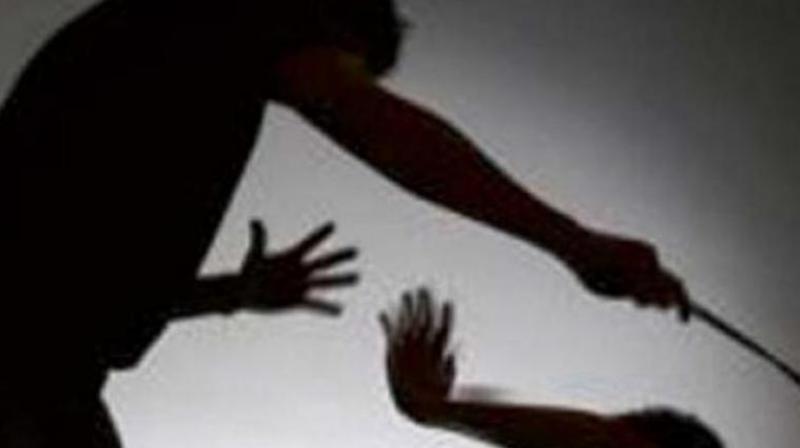 After the woman raised an alarm, a mob gathered at the spot and beat the person, before handing him over to the police, he said. (Representational image)

Jhabua: A speech-impaired person was allegedly assaulted by a mob at Meghnagar railway station in Madhya Pradesh's Jhabua district on suspicion of being a child lifter, police said on Thursday.

The incident occurred on Wednesday night when the person, suspected to be a transgender, was stopped by a local woman whose baby boy was allegedly stolen by unidentified persons from Ujjain railway station three months back, a police official said.

"The woman spotted a person behaving in a suspicious manner near Meghnagar station (around 15 kms from Jhabua) and accused him of being a child-lifter. Her another son claimed that he had seen the person with his brother," said Government Railway Police (GRP) Assistant Sub-Inspector (ASI) Bathusingh Bilore.

After the woman raised an alarm, a mob gathered at the spot and beat the person, before handing him over to the police, he said.

Police then asked the person to write about his identity on a piece of paper, but he wrote in a script that the police couldn't read, said the ASI.

He said police found cloths of children from the bag of the person whose identity has been withheld.

The woman who accused the person of abducting her son from Ujjain hails from Bedawali in Jhabua district, and had come to Meghnagar railway station in search of the missing child, he said.

"The woman claimed that clothes found in the bag of the person are that of her missing son," said the ASI.

The suspected child-lifter was taken to the Ujjain Mahila (women) police station where the woman had lodged a missing person complaint, he said, adding that further investigation was on.