The proposed outdoor gym’s chin up bars should have proper concrete base to avoid any incident while exercise and should be rust free. 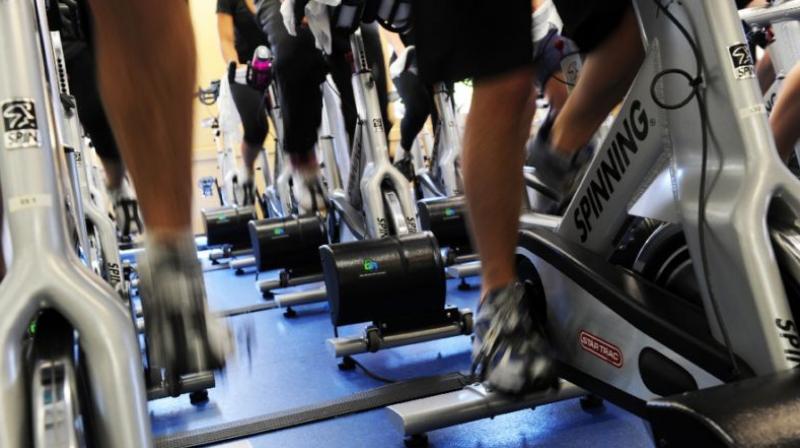 The Delhi police have invited online e-tenders only from the authorised manufacturers and distributors for the purchase of gym equipments from August 04. (Photo: AFP)

Faced with the daily stress of workdays that are approximately 12-hours long and sometimes even more, the Delhi police is all set to launch four more gymnasiums for its personals so that they will not miss out on their daily physical fitness sessions. According to the police sources, Delhi police intends to purchase and install outdoor as well as indoor gym equipments for new gymnasium which will be set up in the four police training colleges, so that the newly recruited personals and existing police officials does not skip there daily regimen.

The high-tech and well-equipped gymnasium with a wide range of fitness equipments including exercise cycles, Olympic bars and bench, a cross-trainer, assisted chin-ups, cable-cross, pulley, a peg deck, dumbbells and chest press along with 12-station multi-gym machine will open at the training colleges at Jharoda Kalan, Dwarka and Wazirabad for the purpose of training.

The proposed outdoor gym’s chin up bars should have proper concrete base to avoid any incident while exercise and should be rust free. Besides, joints should also have rust free having the capacity to hold heaviest weight at one time without getting bend.The Delhi police have invited online e-tenders only from the authorised manufacturers and distributors for the purchase of gym equipments from August 04.

The Delhi police has mentioned it very clear that the mac-hine should be branded and not assembled so that they can get the best out from the officials without any hassle. The bid will open of August 28.

According to Delhi police’s data, four police officials had committed suicide by June 12 this year.