India   All India  09 Aug 2018  When Karunanidhi helped fund a school, library in Mumbai
India, All India

When Karunanidhi helped fund a school, library in Mumbai

“He was a social reformer and opposed superstition. He was the flag-bearer of Tamil nationalism who opposed Hindi,” Selvan said. 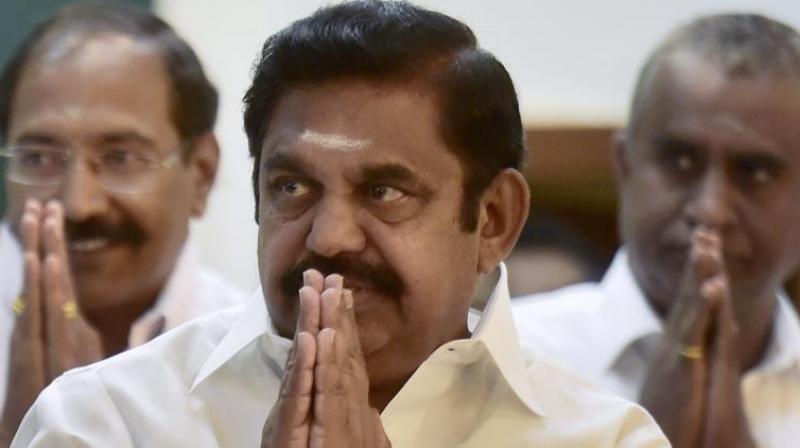 “Not only did he accept our invitation, but also evinced keen interest in our activities and needs,” he said. “We told him about non-availability of a community school in the Tamil-dominated Dharavi area. We also told him that lack of funds was a major factor in construction of the school,” he said. “He asked senior party members to do the needful and ensure that the school is opened. Due to his proactive support, our branch got enough funds which not only helped us build the school, but also purchase office space and books for the school library,” Palaniswamy said.

“During the Mumbai visit, Karunanidhi met thousands of Tamil people in public meetings at Dadar-Parsi Gymkhana and Adarsh Nagar Maidan in Worli. Anyone who met him once became his fan and follower,” he said. The DMK doyen did not visit Mumbai after 1983, he said. Meanwhile, rich tributes were paid to Karunanidhi by his supporters. They gathered in Sion-Koliwada and offered floral tributes to their leader. Some supporters flew to Chennai to attend his last rites, Palaniswamy said. BJP MLA from Sion-Koliwada Assembly constituency in Mumbai Capt. R Tamil Selvan, who organised the condolence meeting, said Karunanidhi was among the “rare leaders who practiced what he preached”.