J&K government staff told to get back to work

This comes amid the security clampdown and suspension of Internet services in the state. 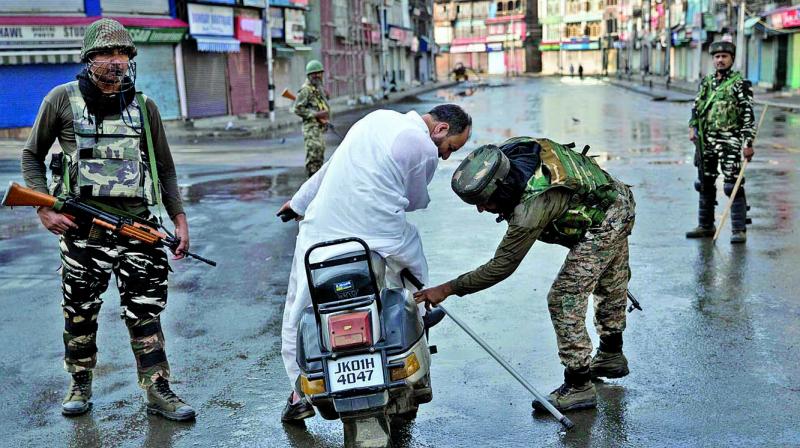 Paramilitary forces check the bag of a man riding a scooter during curfew in Srinagar on Thursday. (Photo: PTI)

Srinagar: All government employees who are working at the divisional and district levels and serving at the civil secretariat in Srinagar will report to their duties with immediate effect, the state chief secretary said on Thursday.

This comes amid the security clampdown and suspension of Internet services in the state.

As per the directions, the necessary arrangements regarding the smooth and secure working environment for employees have been made by the administration.

Meanwhile, the administration announced that all educational institutions would reopen on Friday in Samba.

The district administration in Samba said in its order that both government and private schools would re-open with effect from August 9 to function as usual.

Amid the tense situation prevailing in the state, with the heavy deployment of forces, academic institutions in various districts, including Samba, were shut down as a ‘measure of caution’.

On August 5, the government had imposed restrictions under Section 144 of the Code of Criminal Procedure (CrPC) in Jammu and Srinagar districts, which is to remain in force till further orders.

As per the order, there will be a complete bar on holding any kind of public meetings or rallies during the period of operation of this order.