Man dining alone at Mumbai hotel gets a pleasant surprise

Sharing a picture of the fish, Prakash Mallya praised the hotel for their ‘thoughtfulness’. 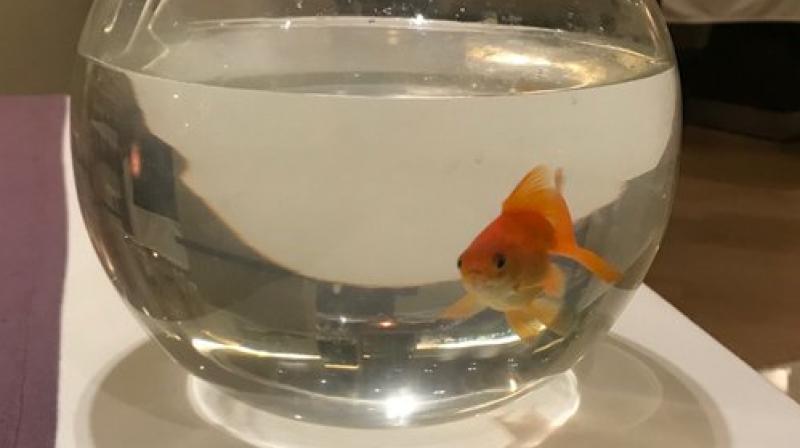 Mallya had this goldfish for company. (Photo: Twitter | @PrakashMallya)

Mumbai: An adorable incident doing rounds on Twitter is bringing a smile to people’s faces. On Wednesday, MD at Intel India Prakash Mallya, took to the microblogging site to talk about what staff at a Mumbai hotel did when they saw him dining alone.

In the tweet he said that he had that he had walked into a hotel in Bandra Kurla Complex for a meal. However, when staff at the hotel saw him dining alone, they brought in a cute guest to give him some company - a goldfish!

Sharing a picture of the fish, Mallya praised the hotel for their "thoughtfulness" and wrote: "So nice & thoughtful and something that's never happened in all my travel thus far."

Land in Mumbai, walk into the hotel restaurant for a quick meal. The hotel staff come by to leave this on my table as company given I was eating alone. So nice & thoughtful and something that’s never happened in all my travel thus far😊! #CustomerExperience pic.twitter.com/YCsL5riQWK

People started commenting to this with their own experiences and reactions to the sweet gesture:

They gave me one at @ITCHotels when I said my room was too quiet. :)

Will do Sir, thank you for your suggestions!

There were however some negative comments too:

@TridentBKC could you look at some other form of entertainment 4 ur patrons.This has been tried and tested with fish having2pay for their life. Perhaps a human interaction where in someone in the hotel may meet your patrons and wish them well. This isnt +ive #customerexperience