According to sources within the authority, the letter sought permission to acquire two-to-three-acre plot in Nerul. 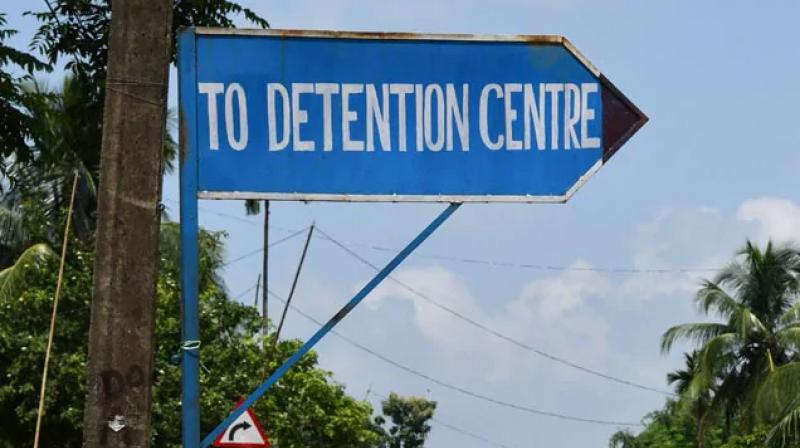 The move came less than a fortnight after NRC in Assam was released on August 31. (Photo: Representational | AFP)

New Delhi: The Maharashtra Home Ministry has written a letter to the Navi Mumbai planning authority asking for land to build a detention centre for illegal immigrants.

According to sources within the authority, the letter sought permission to acquire two-to-three-acre plot in Nerul, NDTV reported.

The move came less than a fortnight after NRC in Assam was released on August 31. It declared 19 lakh people as foreigners leaving them vulnerable to end up in detention centres. The exercise led to prediction that NRC process could happen in other states of the country too.

The ministry has denied of sending any such letter, however, according to guidelines issued by the Centre earlier this year, all major immigration points in the country are required to build detention centres.

With less than a month left for Maharashtra Assembly elections, it is expected that NRC in Maharashtra could be announced soon. Shiv Sena demanded that National Register of Citizens (NRC) should be implemented in Mumbai on the lines of Assam to solve the issue of illegal Bangladeshis living in the city.

"NRC was needed in Assam to solve the problems of the original inhabitants of the region. That is why we supported the NRC move... want a similar exercise to be held in Mumbai to drive out the Bangladeshis living here," Shiv Sena Mumbai South MP Arvind Sawant said.

During the 2019 national elections campaign, NRC was among the most echoed issues with Amit Shah describing Bangladeshi migrants as 'termites'.

"The illegal immigrants are like termites. They are eating the grain that should go to the poor, they are taking our jobs,'' Shah said at an election rally.

In Bihar, BJP ministers have raised the demand for an NRC-style exercise in the state.

Goa Chief Minister Pramod Sawant too inaugurated a detention centre in May, built at a cost of Rs 50 lakh.