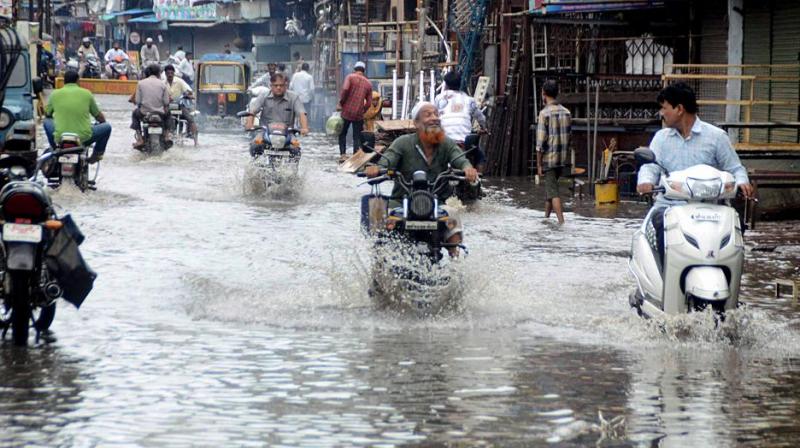 Bhopal: All government and private schools in Bhopal and Sehore districts will remain closed on Monday in view of the heavy rainfall.

As per the order issued by the District Collector Bhopal, “All government and private schools from classes 1 to 12 will remain closed on September 9 in view of the heavy rains in the district.”

While District Collector Sehore, Ajay Gupta said, “All government and private schools in Sehore district will remain closed tomorrow in view of the heavy rainfall.”

Heavy rains lashed several parts of Madhya Pradesh on Sunday, with the India Meteorological Department predicting heavy to very heavy downpour in 32 districts of the state till Monday morning.

IMD official PK Shah said Bhopal received 62.1 millimetres of rain between 8:30am and 5:30pm on Sunday.

Officials said five of 13 gates of Kaliasote reservoir in the capital city have been opened due to heavy rains.

A two-year-old girl died after falling into a overflowing drain in Bhopal, police said.

A toddler identified as Anushka Sen fell into a drain near her house in Fanda area of Bhopal, assistant sub inspector Rajesh Manjhi of Khajuri police station said.

“She was found caught in a net in the drain. She was declared dead on arrival by hospital authorities,” he added.

Heavy rains also lashed Seoni, Mandla and Khandwa, officials said, adding that 12 out of 20 gates of Indira Sagar reservoir in Khandwa, the biggest in the state, had to be opened.