Moving the privilege motion, Sarnaik said that Goswami has been making disrespectful remarks against ministers, MPs and MLAs on his channel 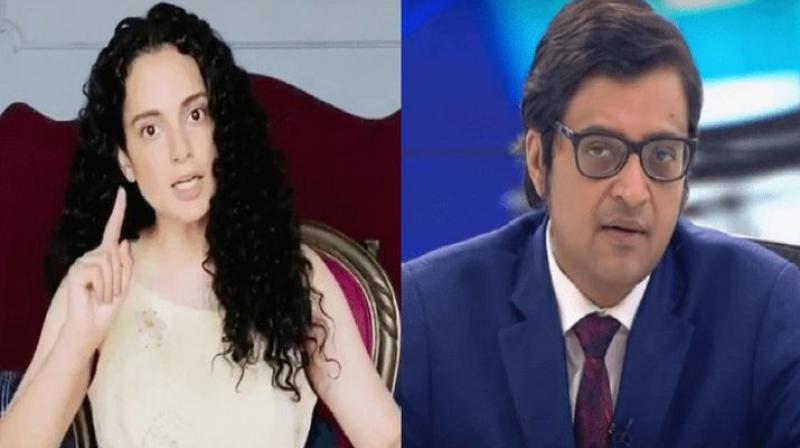 A privilege motion was also moved in the Legislative Council against Bollywood actress Kangana Ranaut over her remarks comparing Mumbai to Pakistan occupied Kashmir (PoK).

Moving the privilege motion in Vidhan Sabha, Sarnaik said that Goswami has been making disrespectful remarks against ministers, MPs and MLAs on his channel. He has also made ‘false allegations without any evidence’ in connection with the Sushant Singh Rajput death case, he added.

“In the name of freedom of media, he has been maligning the image of the Chief Minister, Pawar saheb and other elected representatives. The House should take a strong action against him in this matter,” he said.

Legislative Affairs Minister Anil Parab seconded the proposal, urging the presiding chair to accept the motion. “When someone targets the Prime Minister, you get angry. Then why don’t you also feel the same angst when someone wrongfully targets the Chief Minister,” he said.

Mr Goswami considers himself a judge and also delivers the verdict. He is acting on the behest of others and should be reprimanded for this, he added.

The BJP members opposed the privilege motion, with the leader of opposition Devendra Fadnavis accusing the ruling coalition of stifling the voice of dissent in the media. The protests by opposition members resulted in the house proceedings getting adjourned thrice.

Deputy Speaker Narhari Zhirwal, the presiding authority, said that “appropriate action as per legislative rules” be taken on Sarnaik’s proposal.

Ramraje Naik Nimbalkar, Legislative Council Chairman, said that he has accepted both the motions and he will take a decision.