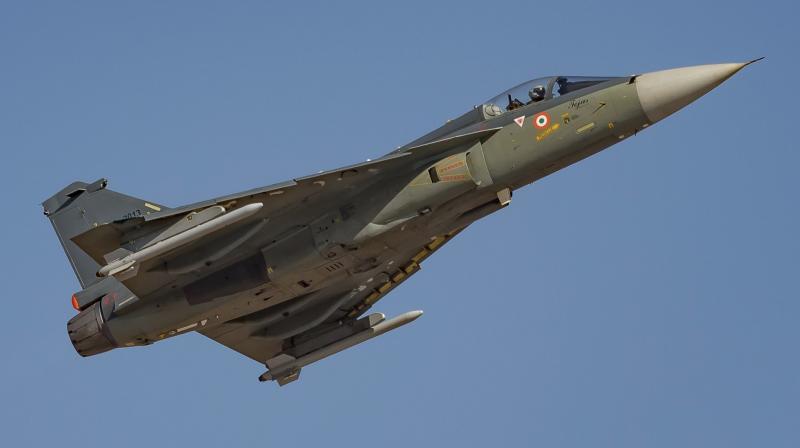 The IAF chief said the Tejas light combat aircraft project has instilled confidence in the aerospace industry in India and that it has huge potential to grow further. (Twitter)

New Delhi: With continued stand-off with China, Indian Air Force Chief R.K.S. Bhadauria on Wednesday urged India Inc to develop niche technologies as whatever "new surprises we can spring on adversary will be critical in a conflict." He said that IAF  intends to procure 350 aircrafts over the next two decades including the current order of 83 Light Combat Aircraft (the Tejas) to energize the aerospace sector and that all efforts will be to procure from indigenous sources.

“Looking at the northern neighbour, we have to have niche technologies, niche capabilities which must be built in-house by our own industry for reasons of security,” Air Chief Marshal Bhadauria while addressing a conference on 'Energising Indian Aerospace Industry'. He said that it is a challenge we need to look at. "The industry side to rise to the challenge because this is what will give us maximum result," said the Air Force Chief. “Whatever new surprises we can spring on the adversary in the next conflict that is what will be critical,” he said.

He stressed on the need to make self-reliance as the most important pillar of national security.

The IAF chief  said the Tejas light combat aircraft project has instilled confidence in the aerospace industry in India and that it has huge potential to grow further.