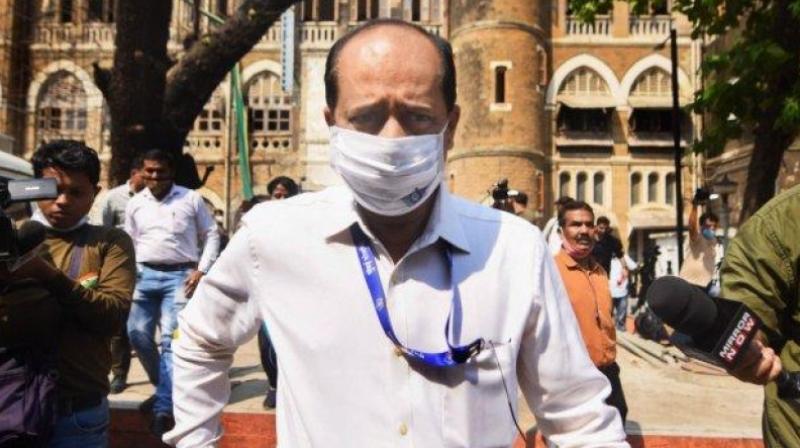 Mumbai: The National Investigation Agency in its 10,000-page chargesheet claimed that Sachin Waze had called some bar and hotel owners in December 2020, and demanded Rs 5 crore every month from all such establishments within the limits of all 12 zones of Mumbai police and in return he promised police will not conduct raids at their premises. However, due to pandemic the amount was reduced to Rs 1-3 lakh per establishment as per their business performance.

The NIA has recorded statements of a few people running performance bars and restaurants who have narrated how Sachin Waze demanded monthly payments from them. According to a witness statement, the premises of whoever refused to pay their share were raided by the police.

Mahesh Shetty, 46, who is into hotel business since 2003 has told the NIA in his statement that in mid-December 2020, he received a phone call from another hotelier, Uday Shetty, who told him to come to Mumbai police commissioner's office as API Sachin Waze wanted to speak to them about their business.

Mahesh said that when he reached CP's office along with Jaya Pujari and Sharad Shetty, both into the same business, Uday was already present there along with 10-11 more bar owners. All of them met Waze in his office. Waze first called ACP Patil of the social service branch to his office and then told the businessmen present there that the purpose of the meeting was to inform them that all bar owners across Mumbai will have to pay together Rs 5 crore monthly and police will not raid their premises.

According to Mahesh, since the amount was huge and they had already incurred heavy losses due to the Coronavirus-induced lockdown, they expressed inability to pay Rs 5 crore every month. Upon this Waze fixed Rs 1 lakh a month for small hotels and bars, Rs 2 lakh for big establishments and Rs 3 lakh for some of the owners whose earnings were not affected by the lockdown.

As per the statement, even at the end of the meeting Waze demanded Rs 50 lakh as "Goodluck" amount which again was bargained and fixed to Rs 40 lakh and this amount was paid in two installments.

The witness has further stated that after this meeting, Waze used to call him to get updates on the collection of money and whoever delayed the payment their premises were raided. He also said that in January 2021 Mahesh along with other witnesses Jaya and Sharad delivered Rs 80-86 lakh to Waze in the CP office compound.

This witness has further told the police that on March 3, he met Waze for the last time when he had gone there to get an orchestra licence for one of his friends. At that time, he saw Mansukh Hiran. According to Mahesh, they had to wait for a few hours, as Waze was busy with another meeting and Hiran was called in his chamber 8-10 times.

The NIA has recorded statements of other businessmen too who have been named by Mahesh.