The IAF chief undertook the sortie while visiting the 101 Squadron, which is the second hub of Rafale fighter jets 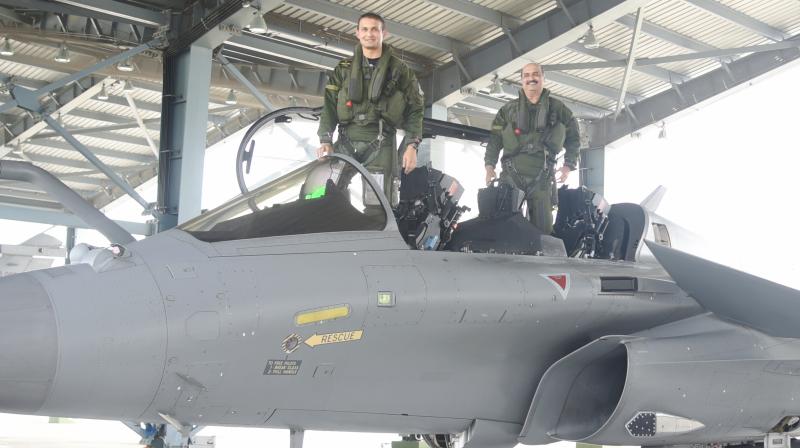 The IAF chief undertook the sortie while visiting the 101 Squadron, which is the second hub of Rafale fighter jets, at the airbase on Thursday during the annual Eastern Air Command (EAC) Commanders’ Conference which he chaired at the EAC headquarters in Shillong from September 7-9.

The IAF tweeted on Friday, "Air Chief Marshal VR Chaudhari, #CAS was on a visit to IAF's Eastern AOR. During the visit, CAS flew a sortie on #Rafale aircraft as part of three aircraft combat training mission at Air Force Station Hasimara with his son, Sqn Ldr Mihir V Chaudhari."

It added, "The sortie flown by #CAS and his son is a continuation of the finest traditions of the #IAF and underlines the importance accorded to grooming and preparing our young leaders for the challenges of the future. #CAS reviewed and appreciated the operational preparedness of the airbase and interacted with the personnel stationed there. He urged the personnel to continue their efforts in safeguarding the Nation's skies at all times."

The IAF chief, who was received by EAC Air Officer Commanding-in-Chief Air Marshal DK Patnaik, emphasised the need for critical analysis and measures to enhance operational preparedness in his address to the commanders.

Air Chief Marshal Chaudhari also apprised the IAF commanders of the current security scenario, geopolitical situation and the role of IAF in dealing with various contingencies. He further highlighted the need for maintaining high operational readiness round the clock and retaining focus on capability enhancement and awarded trophies to stations for achieving excellence in the fields of operations, maintenance and administration.