Meanwhile, a senior police official on Monday said 10 BJP/RSS workers were taken into custody and swords allegedly seized from them. 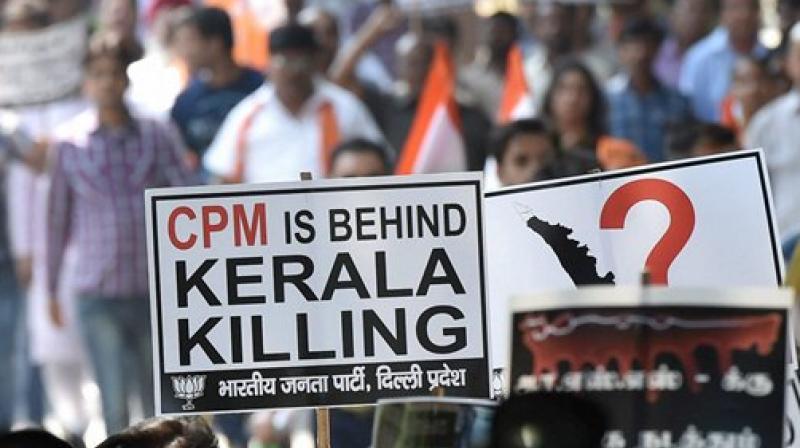 Kannur: The ruling CPI(M) and the opposition Congress in Kerala are observing separate hartals in the volatile Kannur district on Monday, protesting attacks on their workers allegedly by BJP and RSS activists.

The CPI(M) is observing a dawn-to-dusk hartal in areas falling under Panoor municipality to protest the crude bomb attack on its workers last evening allegedly by a group of RSS men.

Fourteen people, including four police personnel, sustained injuries in the attack which took place during a procession by CPI(M) activists at Kaivellikal, police had said.

The Congress is holding a hartal in Kadambur panchayat, where a cultural centre named after former Prime minister Rajiv Gandhi was damaged allegedly by BJP workers on Sunday night.

Congress leader Satheeshan Pacheni alleged that BJP and RSS workers were behind the attack.

Meanwhile, a senior police official on Monday said 10 BJP/RSS workers were taken into custody and swords allegedly seized from them.

There is heavy deployment of police in the area.

The incidents came days after the BJP launched the 'JanaRaksha' yatra from Kannur to highlight the "Red and Jihadi terrorism" in the state.