Death sentences given by trial court in 2011 changed to life sentence, 20 others remain sentenced to life in jail. 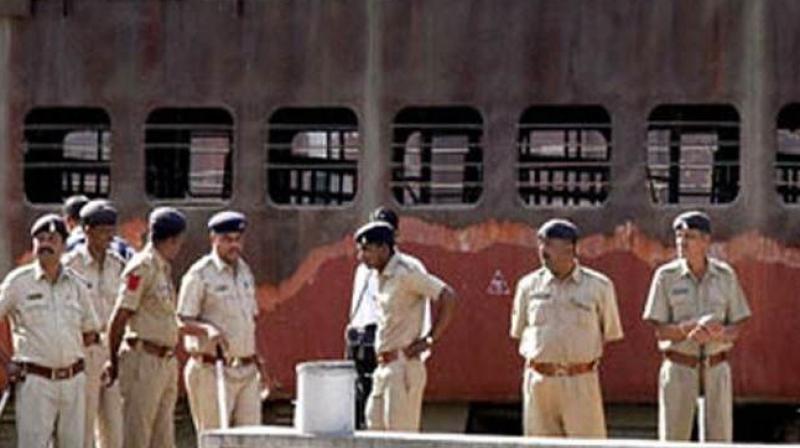 Gujarat High Court has directed the government and Railways to pay Rs 10 lakh each to families of those killed in Godhra train burning case. (Photo: PTI)

Ahmedabad: The Gujarat High Court on Monday commuted the death sentences of 11 people -- convicted in the burning of the Sabarmati Express in Godhra in 2002 – to rigorous imprisonment for life.

Twenty other convicts will remain sentenced to life in jail, the high court court ruled.

A special investigation team (SIT) court in 2011 had sentenced these 11 men to death, 20 to life while acquitting 63 others charged with murder and conspiracy in the train burning.

A division bench of Justices Anant S Dave and G R Udhwani pronounced the judgement on a batch of petitions that had challenged the 2011 convictions and acquittals. The high court did not change the trial court’s verdict on the 63 acquittals, though the state government had questioned it.

The carnage in several coaches of the Sabarmati Express had triggered widespread communal riots in Gujarat that left over a thousand dead.

The High Court on Monday also directed the government and Railways to pay Rs 10 lakh each to families of those killed in the train burning.

Coach S-6 of the Sabarmati Express, in which 59 people, mostly 'kar sevaks' returning from Ayodhya, was burnt on February 27, 2002 at the Godhra station, triggering riots in the state.

The Nanavati Commission, appointed by the Gujarat government to probe the carnage, had concluded the fire in the S-6 coach was not an accident, but that it was set ablaze.