In another incident, an Army man was killed in a militant ambush in Drang village of J&K’s central district of Budgam overnight. 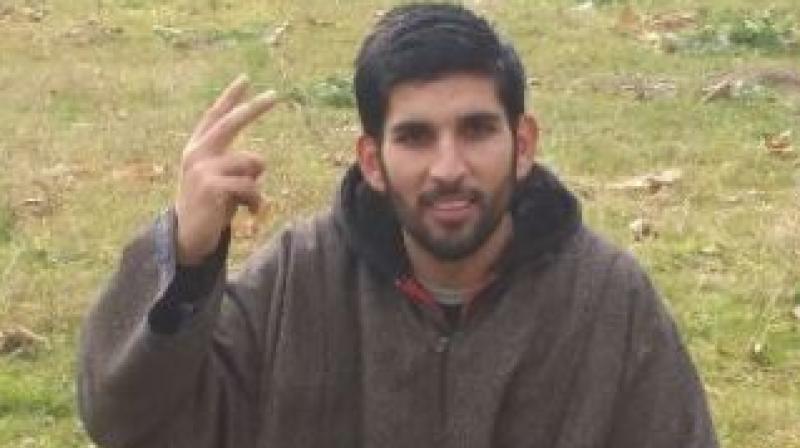 Srinagar: Khalid, the Jaish-e-Muhammad (JeM) ‘Operational Commander’ in Kashmir was killed in a brief encounter with the security forces in north-western district of Baramulla on Monday.

The security forces set up a makeshift checkpoint at Ladoora in Baramulla on Monday morning based on specific information about the JeM chief’s movement, an official said.

Khalid appeared near the makeshift checkpoint around 12 pm and on seeing the security personnel, he opened fire at them, leading to an encounter.

Officials said that Khalid was killed in the encounter and his body was recovered from a cowshed where he was hiding during the encounter.

They added that Khalid, a Pakistani national, was in the list of ‘most wanted terrorists’ by the security forces and was an A++ category militant.

“He was involved in a number of terror acts including killings that took place mostly in north and northwestern Kashmir,” a police spokesman said.

Earlier, an Army official was killed in a militant ambush in Drang village of Jammu and Kashmir’s central district of Budgam.

Defence spokesman Colonel Rajesh Kalia said that the militants opened fire at an Army patrolling party late Sunday night, leaving one soldier dead. “The fire was returned. One soldier was martyred in the crossfire,” he said.

The police sources identified the slain man as a Junior Commissioned Officer (JCO) Subedar Rajkumar of 53 Rashtriya Rifles who had received a bullet injury in his thigh in the militant attack.

The two incidents took place hours after Union Home Minister Rajnath Singh on Sunday said that Indian soldiers along the Line of Control (LoC) and International Border (IB) had been killing at least five to six militants every day.

He said that he had ordered Indian soldiers not to fire at their Pakistani counterparts first, but give them a fitting reply by “firing countless bullets” if Pakistan opened fire.