India   All India  09 Oct 2019  ‘Not for others to comment’: India reacts to Xi-Imran talks on Kashmir
India, All India

‘Not for others to comment’: India reacts to Xi-Imran talks on Kashmir

Xi’s meeting with Imran Khan came just days before his informal summit with PM Narendra Modi on Oct 11 and 12. 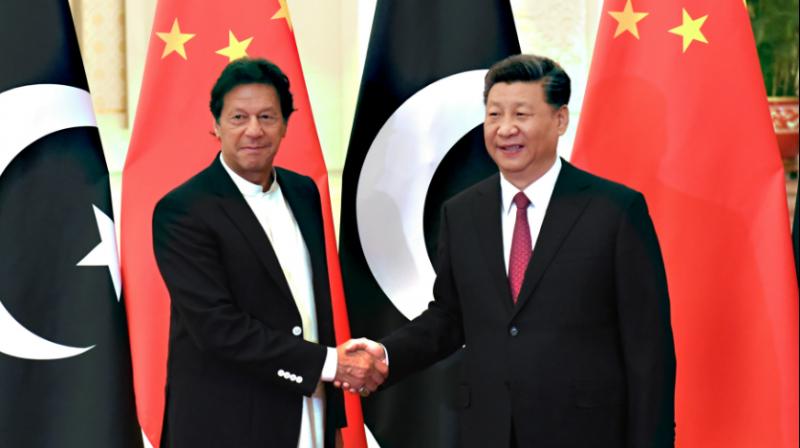 New Delhi: After Chinese President Xi Jinping said Beijing was watching the situation in Kashmir and would support Pakistan in issues related to its core interests, India said it is not for other countries to comment on the internal affairs of India, Hindustan Times reported.

In response to a query from media on reference to Kashmir in the meeting between Chinese President Xi Jinping and Pakistan PM Imran Khan, official spokesperson Raveesh Kumar said, “We have seen the report regarding meeting of Chinese President Xi Jinping with Pakistan’s Prime Minister Imran Khan which also refers to their discussions on Kashmir. India’s position has been consistent and clear that Jammu and Kashmir is an integral part of India. China is well aware of our position. It is not for other countries to comment on the internal affairs of India.”

Xi told visiting Pakistan Prime Minister Imran Khan during a meeting in Beijing that the right and wrong of the situation in Kashmir was clear and that India and Pakistan should resolve their differences through dialogue, the official Xinhua News Agency had reported.

Xi’s meeting with Imran Khan came just days before his informal summit with Prime Minister Narendra Modi in Mamallapuram in Tamil Nadu on October 11 and 12.

Indo-Pak ties have plunged since August 5 when New Delhi abrogated Jammu and Kashmir’s special status and split the state into two union territories.