India   All India  09 Nov 2017  Nitish was fit to be PM, but 'lacked' democratic behaviour: author Jaya Jaitly
India, All India

Nitish was fit to be PM, but 'lacked' democratic behaviour: author Jaya Jaitly

Jaitly, former president of the Samata Party, was speaking on Wednesday at the launch of her book 'Life Among the Scorpions'. 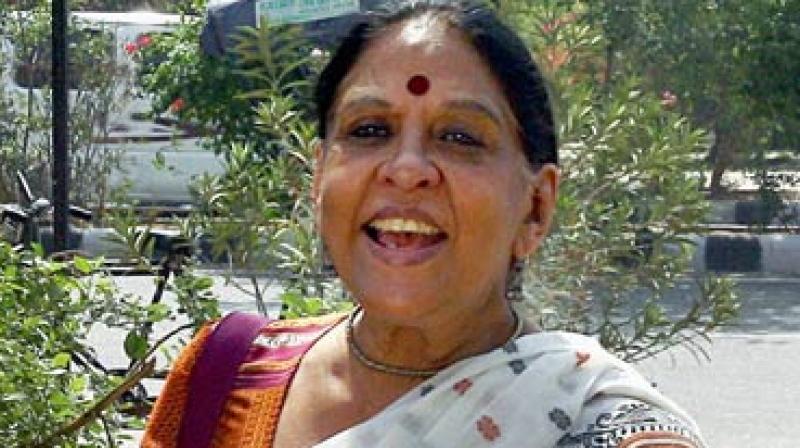 The activist-turned-author also lashed out at the chief minister for his 'lack of humanity' towards elders, particularly his mentor George Fernandes, who co-founded the Samata party along with Nitish Kumar in 1994. (Photo: PTI/File)

New Delhi: Bihar Chief Minister Nitish Kumar was prime ministerial material but was disappointing in “terms of his democratic behaviour” as a team person, his one-time colleague in the Samata Party, Jaya Jaitly has said.

The activist-turned-author also lashed out at the chief minister for his “lack of humanity” towards elders, particularly his mentor George Fernandes, who co-founded the Samata party along with Nitish Kumar in 1994. In 2003, the bulk of the party merged with the Janata Dal (United).

Jaitly, former president of the Samata Party, was speaking on Wednesday at the launch of her book “Life Among the Scorpions”.

She described Kumar as “disappointing” at best.

“There was a time when I felt that he was prime ministerial material... he was trained and administratively keen.

“But from the time we worked together I kept seeing more and more of a person who was disappointing in terms of his democratic behaviour while working as a team,” she said.

But what she really can’t forgive the JD(U) chief for is his “lack of humanity” towards elders, Jaitly said.

In 2009, then NDA convenor Fernandes, described by Jaitly as a “politician par excellence”, was denied a ticket by the JD(U) for the Lok Sabha elections in Bihar.

When Fernandes fought the election as an independent candidate from Muzaffarpur, he was expelled from the party.

Jaitly also spoke out on the appointment of Jagmohan as governor of Jammu and Kashmir in 1990.

“I remember sitting with George saab in Hauz Khas when Farooq Abdullah phoned him and said ‘not to send Jagmohan as the governor of the state otherwise he will quit’. George saab rang V P Singh in front of me and at that time he assured that they were not sending him as the governor,” she said.

But Fernandes, Jaitly said, was shocked to learn later that Jagmohan was appointed governor.

“But the sad thing was that every time George saab would try to phone the governor at Raj Bhavan telling them that he was coming to Kashmir nobody would answer the phone,” Jaitly said.

She added during the freewheeling conversation that she was propelled into politics during the anti-Sikh riots of 1984 and decided to fight the forces and the party behind the carnage.

She couldn’t bear it, she said.

“That’s how I decided that I can’t be just one of those drawing room people who will say that how terrible everything is in evening over a glass of whiskey.”

In her book, Jaitly looks back at her journey as an Indian politician and recounts how the going got tougher with every success, perhaps because she was a woman.

‘Life Among the Scorpions’ includes the author’s account of major events in Indian politics between 1970-2000, including her experience of dealing with the commission of inquiry and courts regarding Tehelka’s sting ‘Operation West End’.