Jamiat Ulama-i-Hind was also unhappy but would not seek a review petition of the verdict. 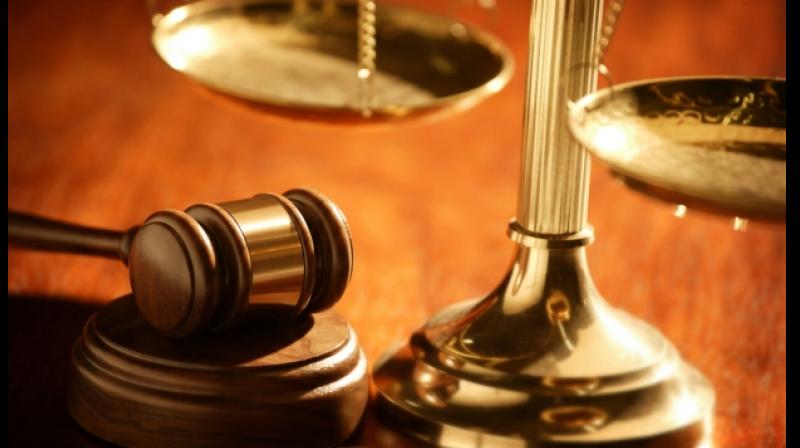 The Board had last month proposed withdrawing claim on the disputed land with some conditions in the national interest. (Photo: Biplab Banerjee)

New Delhi: Expressing dissatisfaction with the Supreme Court verdict that cleared the way for the construction of a Ram temple at the disputed site in Ayodhya, the All India Muslim Personal Law Board (AIMPLB) on Saturday said it was contemplating seeking a review of the judgment, even as it appealed to people to maintain peace and amity.

The apex court directed the Centre to allot a 5-acre plot at an alternative place to the Sunni Waqf Board, one of the parties in the decades long contentious dispute, for building a mosque. Addressing a press conference AIMPLB Secretary Zafaryab Jilani said, "We are dissatisfied with certain findings of the Supreme Court.... We respect the Supreme Court verdict and respectfully disagree with certain aspects of it."

Jilani said they will study the judgement and may seek a review. "Even the inner courtyard has been given to the other party. It is not just," he argued, adding the working committee of the board will soon sit and discuss. "Whatever legal recourse is possible we will take," he told reporters.

Jilani, however, added that certain aspects of the judgment can help improve secular structure of the country. Asked about apprehension that there could be similar claims in Mathura and Varanasi after the verdict, Jilani said, "It is expected that such apprehensions ('Mathura-Kashi baki hai') will not be there (after this judgement), and if anything occurs, the Supreme Court will be there".

He said the Supreme Court invoked its special power under Article 142 of the Constitution in pronouncing the verdict. Lawyer M R Shamshad, a member of the Board's legal team said, it was necessary to fight the case till the last, "as we felt that a grave injustice was done the way the Babri mosque was demolished in 1992". "We hope that after this verdict no other mosque in India will be touched," he said.

Supreme Court advocate Shakil Ahmad Syed claimed that "historical evidence was in our favour", so the Board is disappointed. AIMPLB member Kamal Farooqui said, "We are dissatisfied with the judgement". "We had hoped that the apex court will pronounce its verdict not keeping the faith factor in mind, but available historical facts and evidence," he said.

Meanwhile, Zafar Ahmad Farooqui, chairman of Uttar Pradesh Sunni Central Waqf Board which was one of the main litigants in the Ram Janmbhoomi-Babri Masjid case, on Saturday welcomed the Supreme Court verdict and said it has no plans to challenge it.

"We welcome the Supreme Court verdict in the case. The Board has no plans to challenge it," Farooqui told PTI. "As of now, the verdict is being studied thoroughly after which the Board will issue a detailed statement," he said. "If any lawyer or any other person says that the decision will be challenged by the Board, it should not be taken as correct," Farooqui stressed. He was speaking after, Jilani, who is also UP Sunni Waqf Board counsel, soon after the judgment said that "the Ayodhya verdict has a lot of contradictions. We will seek a review as we are not satisfied with the verdict".

Talking to PTI on phone later, Jilani, however, clarified that the press conference which he addressed was organised by the All India Muslim Personal Law Board (AIMPLB) and he had reacted as its secretary and not as the counsel for the Sunni Waqf Board. The Board had last month proposed withdrawing claim on the disputed land with some conditions in the national interest.

Meanwhile, prominent Muslim body Jamiat Ulama-i-Hind on Saturday said the Supreme Court's verdict in the Ayodhya case was not according to its expectations but asserted that the apex court ruling is ‘supreme’.

Jamiat President Maulana Arshad Madani also urged Muslims to not be disappointed. Madani told Muslims to maintain peace and harmony in the country and asked them to not take the verdict as a ‘win or loss’.

Jamiat sources said it was not in favour of filing a review petition on the verdict. Muslims should not be disappointed, they must trust Allah and keep praying and turn towards the almighty, the Jamiat chief said.

In accordance with the rights in the Constitution of India, Jamiat Ulama-i-Hind has legally fought for justice till the end, Madani said. “For this, Jamiat Ulama-i-Hind had appointed prominent lawyers of the country, evidence had been collected and the translated ancient documents were presented in the court, and we did what we could... And we were hopeful that the decision would be in our favour but it could not be realised,” he said.

The Supreme Court, in a unanimous verdict on Saturday, paved the way for the construction of a Ram Temple at the disputed site at Ayodhya, and directed the Centre to allot a 5-acre plot to the Sunni Waqf Board for building a mosque.