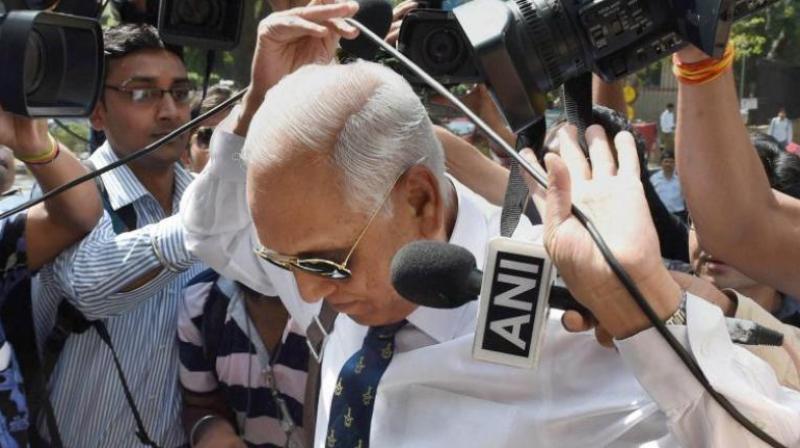 New Delhi: The CBI on Friday arrested former Air force chief of staff SP Tyagi and two others in connection with the AgustaWestland scam.

According to reports, the two others arrested have been identified as Tyagi’s cousin  Sanjeev Tyagi alias Julie Tyagi and Delhi based advocate Gautam Khaitan.

CBI sources reportedly revealed that 12 per cent of the total Rs 3,767 crore was paid to Tyagi as bribe amount.

"This is for first time a former IAF chief has been arrested by the central probe agency," official sources said.

On January 1, 2014, India had scrapped the contract with Finmeccanica's British subsidiary AgustaWestland for supplying 12 AW-101 VVIP choppers to the IAF over alleged breach of contractual obligations and charges of paying kickbacks of Rs 423 crore by it for securing the deal.

CBI had also got issued Letters Rogatory (judicial requests) to multiple countries to gather more leads and evidences in this case.

The allegation against the former Air chief is that he allegedly reduced the height of the VVIP helicopters so that AgustaWestland could be included in the bids.

Tyagi has repeatedly denied allegations that he had influenced the 3,600-crore deal for VVIP helicopters in favour of Italy's AgustaWestland during is tenure as the IAF chief.