They chose to bury her inside the MGR memorial to ensure that party loyalists would continue to come in droves to pay their respects. 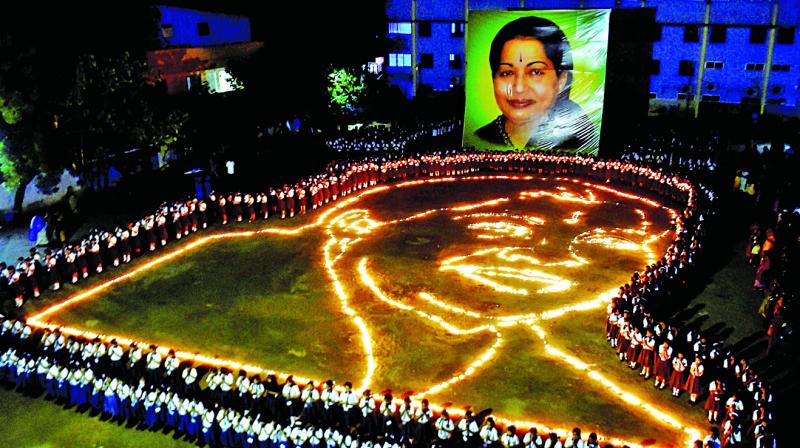 Chennai: Come February 24, a grand memorial in memory of late chief minister J. Jayalalithaa is likely to stand tall on the Marina Beach where she was buried on Tuesday. The design for the memorial, expected to be a grand structure, is likely to be ready in the next few days after which construction work would start.

Ever since Jayalalithaa was buried some 30 metres away from where her mentor M G Ramachandran lies, thousands of AIADMK cadre and common people have been streaming in to pay their respects to the late chief minister. Senior ministers Edappadi K. Palanisamy, P. Thangamani, M.R. Vijayabhaskar, C. Vijayabhaskar and others visited the memorial and paid their respects too.

Highly-placed sources in the AIADMK government told this newspaper that a grand memorial is likely to be thrown open on February 24, 2017  — on what would have been Jayalalithaa’s 69th birthday. “Dedicating the memorial to the nation on Amma’s birthday would be the greatest tribute that one can pay to her. All efforts would be taken to ensure that the memorial stands tall on that great day,” a senior AIADMK functionary said. Sources revealed a government order regarding sanctioning of the memorial is expected in the next couple of days.

The sources said the design contract of the memorial would be given to a reputed architect and it is likely to be cleared by the top brass of the AIADMK. The AIADMK plans to make the memorial an imposing one.