The Centre was responding to questions posed by the Supreme Court while hearing various PIL’s relating to demonetisation. 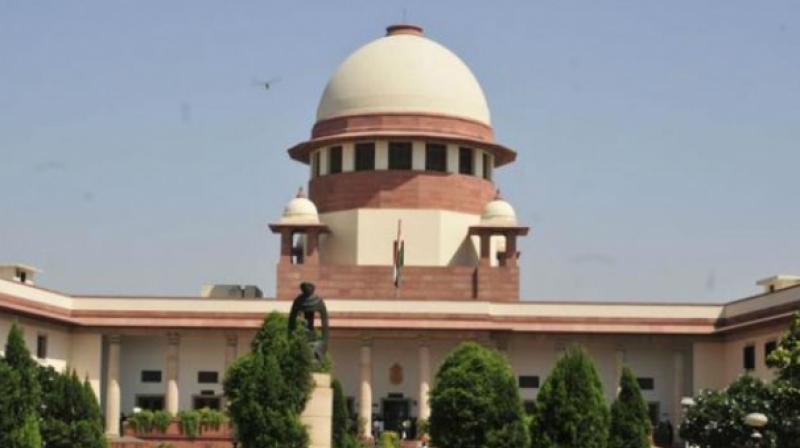 New Delhi: The Supreme Court on Friday sought response of Centre on the issues including whether the district cooperative banks can be allowed to accept deposits with certain conditions and can there be a minimum assured withdrawal from banks.

The Centre in response, assured the court that the problems caused due to demonetisation would be over in 10-15 days time, and that 'the government was not sitting about' when the country was reeling under the policy change.

A bench headed by Chief Justice T S Thakur asked Attorney General Mukul Rohatgi to seek instruction and apprise it about the stand of the government on issues including the bar on district cooperative banks from accepting deposits in demonetised currency notes.

The bench also comprising justices A M Khanwilkar and D Y Chandrachud said that when the minimum weekly withdrawal limit has been fixed, then why people are not able to get that amount.

"Can we say that this will be the minimum assured weekly withdrawal amount that a person can get from the bank," the bench asked and while fixing the batch of petitions for further hearing on December 14.

The bench, meanwhile, proposed to frame various legal questions to be deliberated upon in the future hearing.

Rohatgi sought a direction that cases in various high courts on the demonetisation issue be stayed.

The bench said that it would take up this issue on next date of hearing.

The top court had on December 2 asked the Centre to spell out the measures taken to ease suffering of and inconvenience to the people in rural areas.

While hearing a batch of pleas challenging various aspects of demonetisation, the court had said that all parties should sit together and prepare a list of categories of cases which could be referred to high courts and those that could be heard by the apex court.

The AG had said that the government was aware of the situation in cooperative banks which lack proper infrastructure and mechanism as compared to scheduled banks.

The Centre had on November 24 filed an affidavit in the apex court on demonetisation and had said that the "bold move" would eradicate black money and slush funds operating since Independence which cast a "parallel economy" hitting the poor and the middle class.

On November 29, the apex court had agreed to hear pleas of 14 cooperative banks of Kerala seeking its nod to transact business like banks and others seeking demonetisation of any currency note higher than Rs 100 denomination.