500 turtles to help clean up Ganga in UP 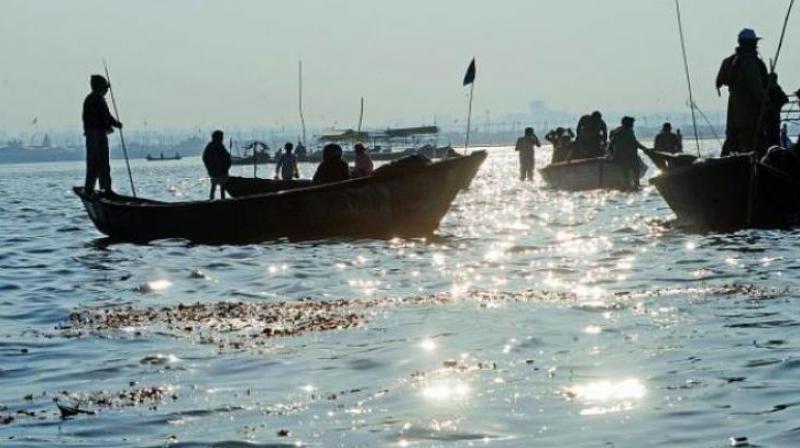 Lucknow: The Yogi Adityanath government will release about 500 turtles, once again, into the Ganga in a renewed attempt to clean the river.

The turtles are likely to be released into the river next week when the temperatures begin to rise.

A senior forest official said that carnivorous species of turtles prey on half burnt bodies and carcasses and help in organic cleaning of the river.

The state government has been receiving flak from devotees who are unable to take a holy dip in the river due to the highly polluted waters.

In Allahabad, a group of saints refused to take the holy dip on the first day of the ongoing Magh Mela because the water had turned black.

The turtles that will be released into the Ganga are presently kept in the turtle breeding and rehabilitation centre at Sarnath, which is home to about 632 turtles.

The official said, “Since the 1980s, we have been releasing carnivorous turtles into the Ganga as a cleanup operation. The problem is that turtle smuggling has turned into a huge business and the Wildlife Crime Control Bureau, last year, claimed that over 20,000 turtles are being smuggled every year from UP alone which has led to a rapid decline in the turtle population.”

Joint teams of the Special Task Force and the forest department have been assigned to monitor the activities of local fishermen in the swamps of Kali river in the Mainpuri-Etah district.

Their objective is to thwart the operations of the Kanjad gang, which prowls the Isan and Arind basin area to catch turtles. The poachers, led by 45-year-old Dharmendra Kanjad, reportedly pack the shelled reptiles in gunny bags that are then couriered to Kolkata.