AWBI's new guidelines has called for animals to be subjected to nicotine, cocaine tests before being declared fit to partake in the event. 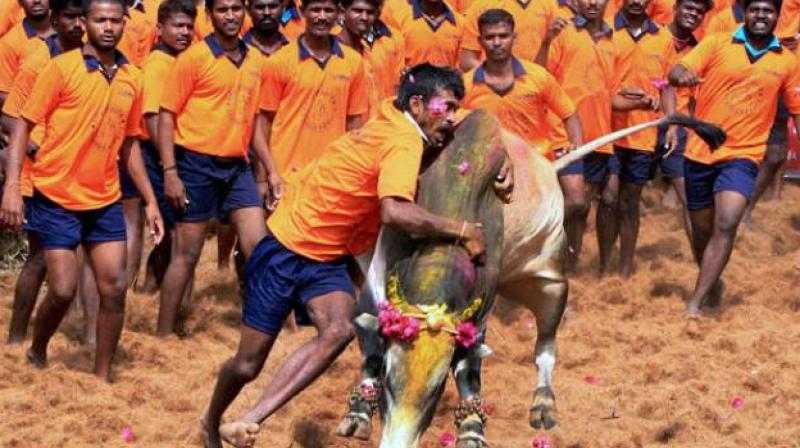 Chennai: As the season of bull-taming sport, Jallikattu, is all set to begin in Tamil Nadu, the Animal Welfare Board of India (AWBI) has constituted a six-member committee to monitor it and has asked the state government to conduct the same with 20 guidelines.

One of AWBI's revised guidelines this year has called for the animals to be subjected to nicotine and cocaine tests before they are declared fit to participate in the event.

"The animal selected should also be put to nicotine test, cocaine test before a certificate of suitability of the bulls to participate in the event is issued by the authorities," one of the guidelines stated.

The board's guidelines also call for "compulsory" one-day insurance for the event.

"During the event, one-day insurance, which is already in practice, should be made compulsory for the bulls, bullocks, bull owners [and] participants," the other one stated.

The AWBI guidelines further stated, "The events should be videographed, and that calves below the age of three and above 15 years will not be eligible to participate."

Jallikattu is usually held during the harvest festival of Pongal in mid-January, but could not be organised in the past three years in view of the ban on the sport.

The ban resulted in protests across the state, following which the state Assembly on January 23, 2017, unanimously passed an amendment bill, clearing the path for the conduct of the sport.