India   All India  10 Feb 2017  As CM, I made cops torture rapists till they begged for mercy: Uma Bharti
India, All India

As CM, I made cops torture rapists till they begged for mercy: Uma Bharti

The BJP leader made the statement while campaigning in poll-bound Uttar Pradesh. 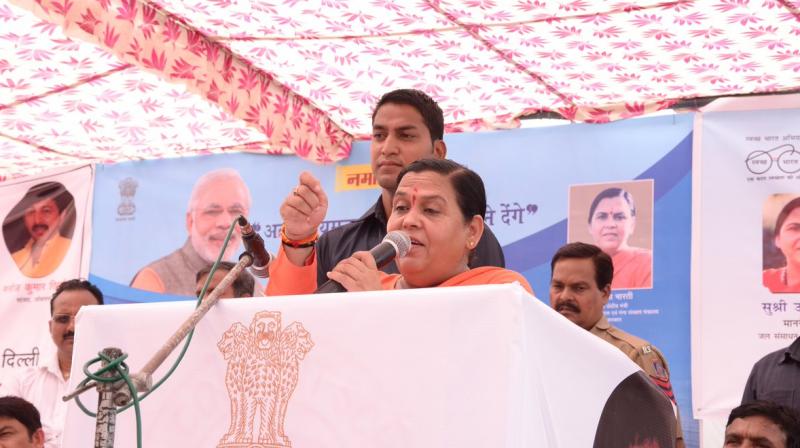 Agra: Firebrand Bharatiya Janata Party (BJP) leader and Union Minister Uma Bharti raised the poll pitch in Agra on Thursday for the upcoming elections in Uttar Pradesh, claiming that she had ensured rapists were tortured for their crimes and ‘begged for  forgiveness”, when she was Chief Minister.

"Rapists should be tortured in front of victims until they beg for forgiveness. When I was the CM, I made them do it," an NDTV report quoted her as saying.

Her comments were an attack on Chief Minister Akhilesh Yadav over the Bulandshahr gangrape of a mother and daughter by highway robbers in August 2016. She hit out at the UP government for letting the culprits get away on bail.

The 57-year-old referred to her tenure as the CM in Madhya Pradesh, and described how she would ask the police to torture rapists and ask victims to watch their ordeal to get ‘closure’.

"I would tell the cops to hang the rapists upside down and beat them so hard that they would cry out. I would tell women to watch through windows of the police station," she said.

"They should be hung upside down and salt and chilly should be rubbed on their wounds until they scream. Mothers and sisters should watch so they can get closure," she added.

She even recalled an incident from her tenure and said that when a police officer objected to her orders to torture rapists. "I told him people who behave like demons cannot have human rights. Their heads should be cut off like Ravana's."