He was responding to a question posed to him in an interview to Sena mouthpiece 'Saamana'. 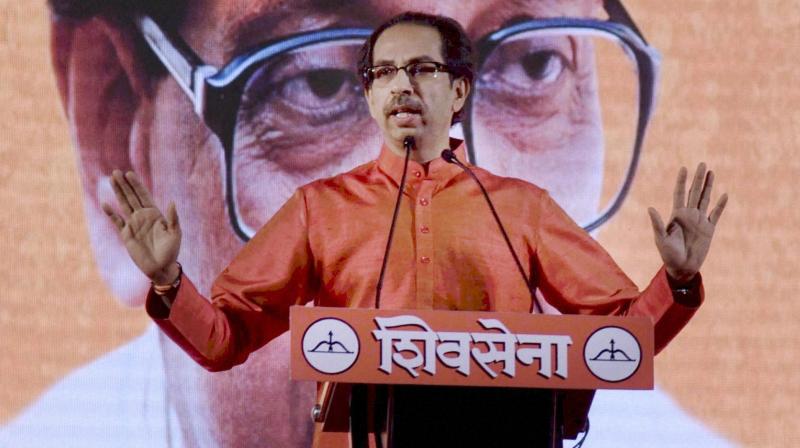 Mumbai: Shiv Sena chief Uddhav Thackeray on Friday claimed that the BJP was eyeing a reconciliation with it as they have "understood their mistake", even as he ruled out any possibility of an alliance with it after the BMC elections.

"(BJP president) Amit Shah says it is a friendly match between them (in BMC polls). It only means that they have realised their mistake. They have understood that they have taken wrong steps and it will be difficult for them to fight the anger of Mumbaikars. Thus, they are now trying to get back to us," Thackeray said.

He was responding to a question posed to him in an interview to Sena mouthpiece 'Saamana'.

Shah had last Sunday said there were no differences with the Sena and that he hoped its decision to contest the Maharashtra civic polls independently was not going to cause damage to the alliance.

"But why should I compromise with them now? Why should I hug you once I have seen the evil thoughts in your mind. A compromise will never happen. It is not possible. I am firm now. Had I not been firm, I would not have announced that I am carving a new way for my party in future," he said.

Asked if he would withdraw support to BJP in Maharashtra, Thackeray said, "I will have to think about it... If they are thinking of dividing the state by unscrupulous means, I will have to seriously think about giving them support. They cannot become devotees of Shivaji Maharaj by merely doing jal pujan for his memorial."

Shiv Sena recently snapped ties with BJP in Brihanmumbai Municipal Corporation (BMC), the country's richest civic body, the elections for which are scheduled on February 21.