India   All India  10 Feb 2017  Once we get majority in RS, will pass women quota bill: Naidu
India, All India

Once we get majority in RS, will pass women quota bill: Naidu

The long-pending legislation will provide 33 per cent reservation for women in Parliament and state legislatures. 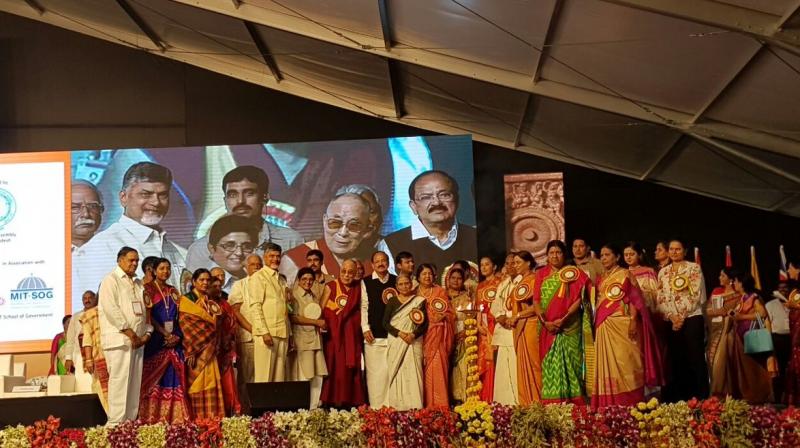 "Prime Minister Narendra Modi has this in mind and the day is not is far when Parliament will pass the law providing women reservation through consensus. Once we (NDA) get majority in Rajya Sabha, we will get the Bill passed," Naidu said, addressing the National Women's Parliament here today.

"A mere Bill is not sufficient. What is needed is political will and administrative skill. Political parties should show conviction in this regard," he said.

The three-day National Women's Parliament, being organised by Andhra Pradesh Legislative Assembly with the theme of 'Empowering Women - Strengthening Democracy', began today in the state capital of Amaravati.

The vision of NWP is to enable and encourage social, political and economic empowerment of women in all strata of the society. One of the objectives of NWP is to generate new ideas, theories and ideologies for women empowerment.

An 'International Woman Icon of the World' award and 12 best young achievers awards for women in different fields will be presented at the NWP.

There would be seven plenary sessions at the event with discussions on subjects like socio-political challenges in women empowerment, women's status and decision-making, building own identity and vision for the future.

300 social and corporate sector women leaders from India and abroad are expected to attend the NWP, while over 10,000 "socially and politically sensitive" girl students will be networked with the leaders.